The sculptor Brookhart Jonquil recently attended a residency at the Floodlight Foundation in Modinagar, a small town in Uttar Pradesh, India. Although the weeks he spent there culminated in a luminous geodesic polyhedron sculpture that was enthusiastically received at the 2017 Indian Art Fair in Delhi, the local wildlife was less welcoming, and we were forced to reschedule our Skype conversation when an errant monkey chewed through his internet cable. The new sculpture, Lotus, is a precisely angled arrangement of triangular mirrors and fluorescent lights, which, balancing on three points, opens like a flower. The tube lights create half a geometric shape, cleverly completed by the mirrors, but while these glowing forms have a mystical quality, Jonquil stresses that he doesn’t traffic in illusions. He doesn’t aim to fool the eye. Jonquil tells me this when he returns to his studio in Miami, where I have called him on the phone, unimpeded by small primates. “The word ‘illusion’ has nothing to do with whether something actually exists, but whether you’re understanding reality as it is.”
The nature of reality and its relation to our faculties of perception is a discourse central to Jonquil’s practice. It’s also a concern he shares with his close collaborator, Yara Travieso, the choreographer, director, and creator of La Medea, a hybrid dance-theater-film retelling of Euripides’ enduring story of an unruly woman, for which Jonquil designed the sets. The moving performance was staged in January as part of the Brooklyn-based Performance Space 122’s Coil Festival, then shown as a film with a live score in New York City and Miami.

Although Jonquil describes the project as intensely collaborative from the get-go, his most visible contribution consists of two stages, one with swiveling mirror panels, the other a concave plane with triangular mirrors radiating from its center (imagine looking straight into the faceted face of a large diamond). These sets reflect the movements of the dancers, the upturned faces of the audience, and the peregrinations of the camera crew who film each performance. La Medea is presented as a mash-up of a telenovela and daytime talk show, but stripped of the careful artifice of those formats. “The cameras are always in the shot and the audience is always in the shot, revealed through the mirrors,” Jonquil explains. “There is no ‘behind the scenes’ because everything is always visible.”

Jonquil’s approach is distinctly minimal, inspired more by Donald Judd than TV talk shows, but it is complimented by Travieso’s maximalist aesthetic. “Yara incorporates everything all at once—every genre of music, cinematic trope, and dance style,” he tells me. “But she’s really interested in the void, in so completely overwhelming the senses that it all dissolves into nothing.” Unlike the majority of his sculptures, which use light and reflection to complete geometric forms, Jonquil’s sets for La Medea fracture and and dislocate the performers, the same way that looking at a human body through a kaleidoscope causes it to break apart rather than coalesce. These visuals seem to echo the action of the play, the story of a woman and her family fragmented by betrayal, exile, and murder. “My world is the reality beyond what we live in, but Yara’s is all about the reality we live in. She’s very much concerned about social, political, and human interactions,” Jonquil adds. “And reality gets messy, so when you look at it through a very rational framework, it completely breaks it apart.”

The artist’s usual primary materials are architectural: steel, glass, cement, and fluorescent tubes. His explorations of perception are colored by a fascination with failed modernist utopias, whether unrealized visions like Le Corbusier’s Plan Voisin or practical failures like Oscar Niemeyer’s Brasilia. Quixotic plans to build an ideal space in order to shape a perfect society have long fascinated him. “I’m interested in the idea that perfection is something that can’t exist in the world, but that it is something that we can conceive of,” Jonquil explains. “I try to make sculptures that have as little as possible to do with physical materiality.” Instead Jonquil relies on reflections, light, and space to complete his works, which, out of necessity, are anchored to the physical world but extend to a dimension beyond it. This imagined space is the realm of perception, the only place where ideal forms and perfect societies can exist.

He frequently describes this approach as Platonic. In Plato’s cosmology Timaeus, the interlocutor raises the question of what can be said to be real and then answers that it is the substance of reality itself: “Suppose a person to make all kinds of figures of gold and to be always remodeling each form into all the rest; somebody points to one of them and asks what it is. By far the safest and truest answer is, ‘That is gold,’ and not to call the triangle or any other figures which are formed in the gold ‘these,’ as though they had existence, since they are in process of change while he is making the assertion…” (Plato: Timaeus 49b-51c) Plato uses gold as an analogy for the stuff of life, which is never fixed but is instead constantly in flux. Gold is both matter and space, a vessel without real qualities except those of the form it takes on momentarily.
For Jonquil, these notions of intangibility are the truth of our physical world, which at the subatomic level is essentially transitory. “Everything is constantly changing, our cells are always contracting and shifting, and most physical material is just emptiness,” he tells me. However, the ideal forms, which can’t exist in this state of flux, live in our minds as pure mathematical abstractions. These are the forms he attempts to evoke within his sculptures: “I see the ideal forms as templates for reality. If I put two mirrors at a certain angle with a fluorescent light passing between them, it will create a triangle, but mess those angles up just a little bit [and] it makes a wonky shape that isn’t anything. There’s no exact 120 degrees in the physical world, but there is the experience of seeing a triangle. Our experience of that object can have something that at least brushes against that sort of perfection Plato talks about.”

But Jonquil seems happy when his work exists side by side with less rational, more organic influences. His studio is on the border of Little Haiti and Liberty City, in a neighborhood filled with mango and banana trees, where giant iguanas roam and manatees fill the canals. Its wildness is unusual, even for Miami. “For creating such mathematical, minimal work, I actually really like to be surrounded by jungly nature. I think that’s part of what’s kept me here; it’s the beauty of the place.” In true utopian fashion he advises, “I don’t know if you’ve noticed it, but next time you’re here just look at the sky as much as you can.”

Brookhart Jonquil’s work will be on view in “Lost Spaces and Stories of Vizcaya” at the Vizcaya Museum & Gardens in Miami FL, through October 2017.

Ariela Gittlen is a writer and designer living in Brooklyn, New York. 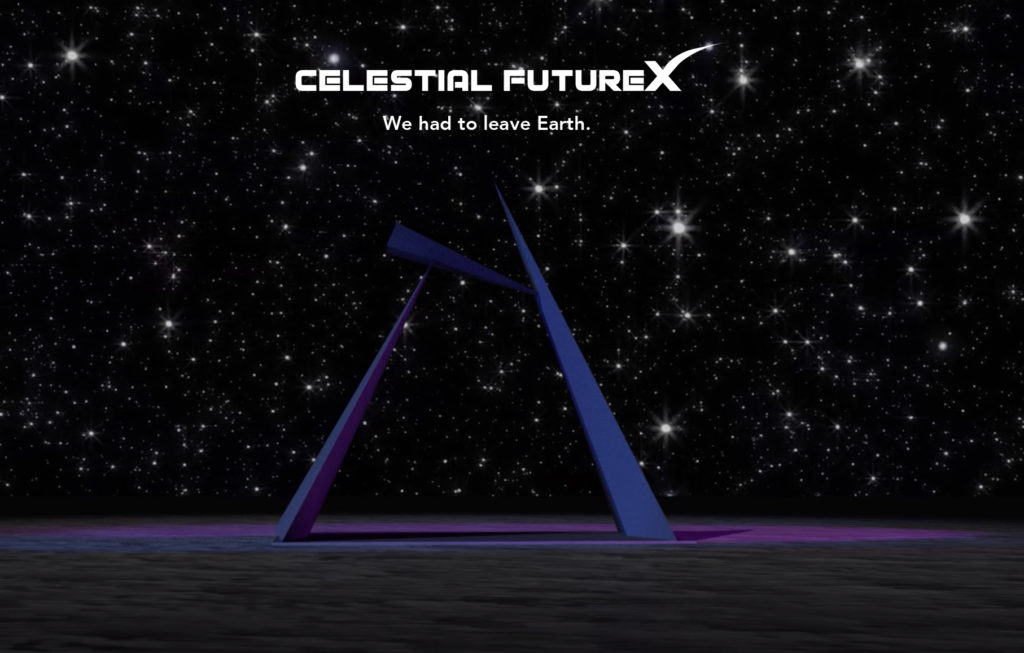 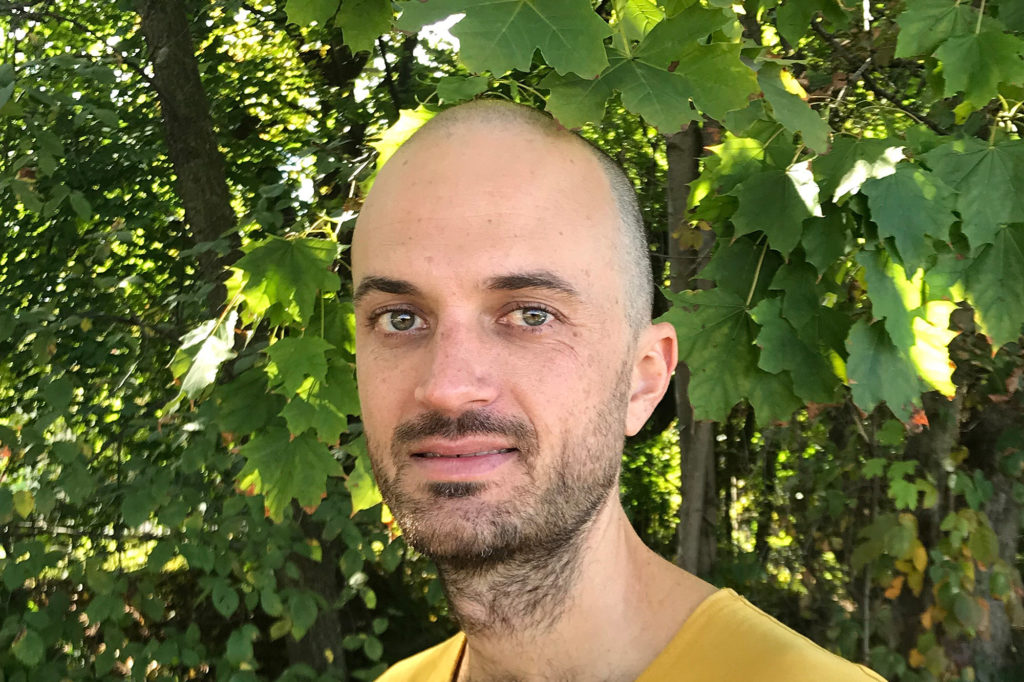 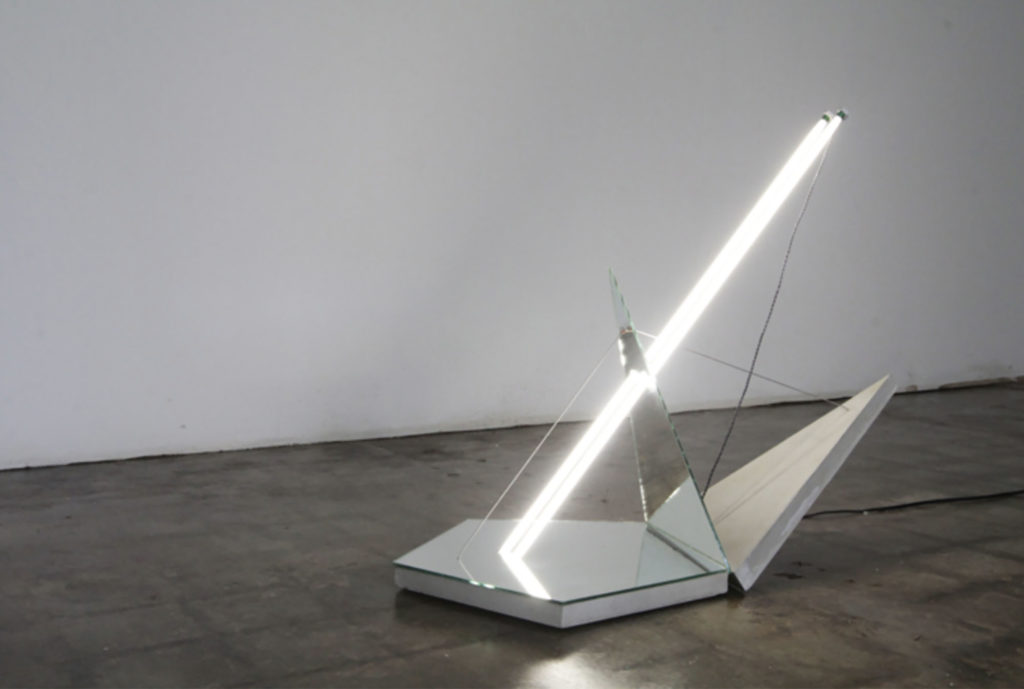 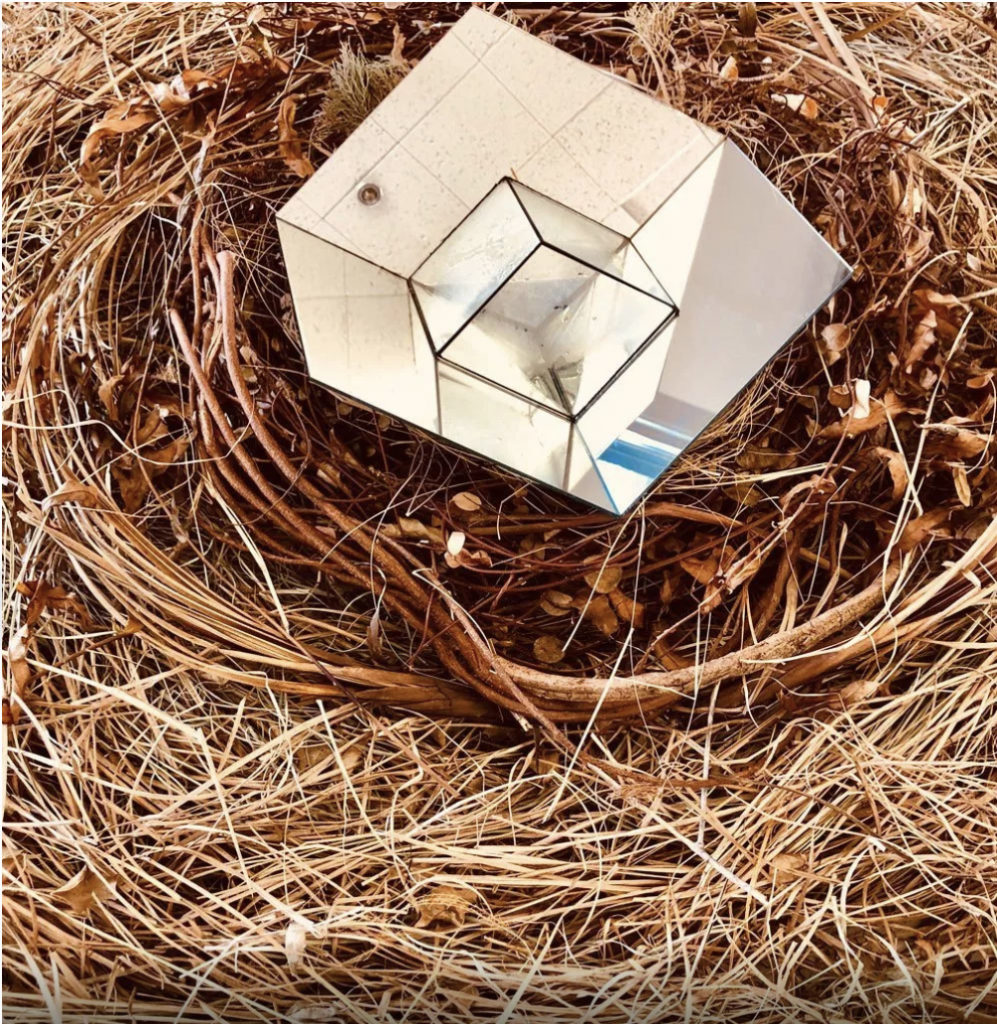 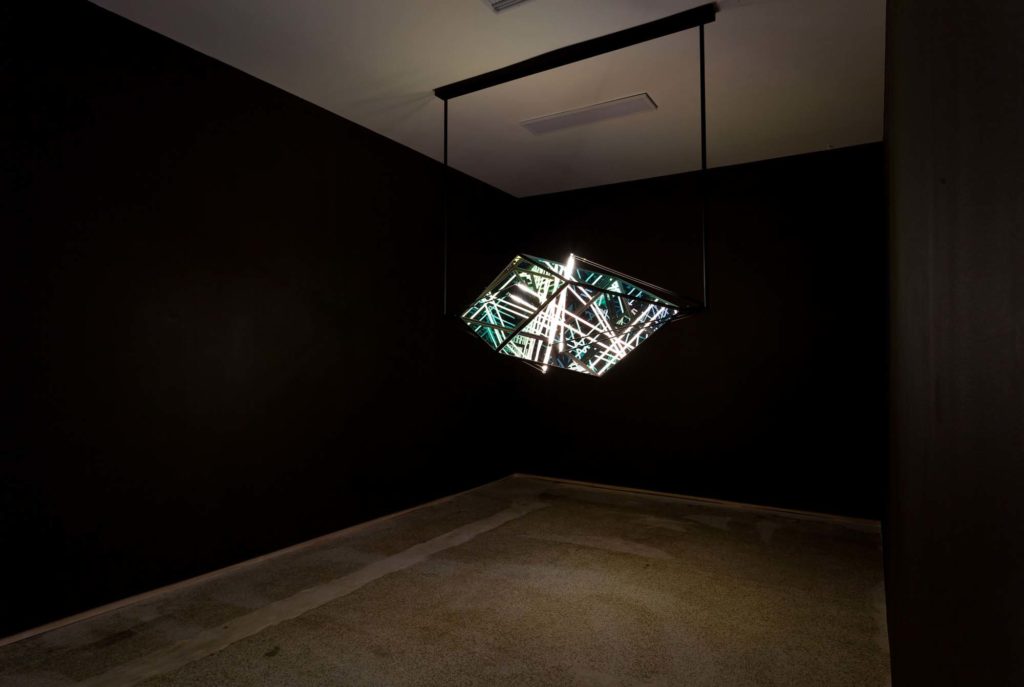