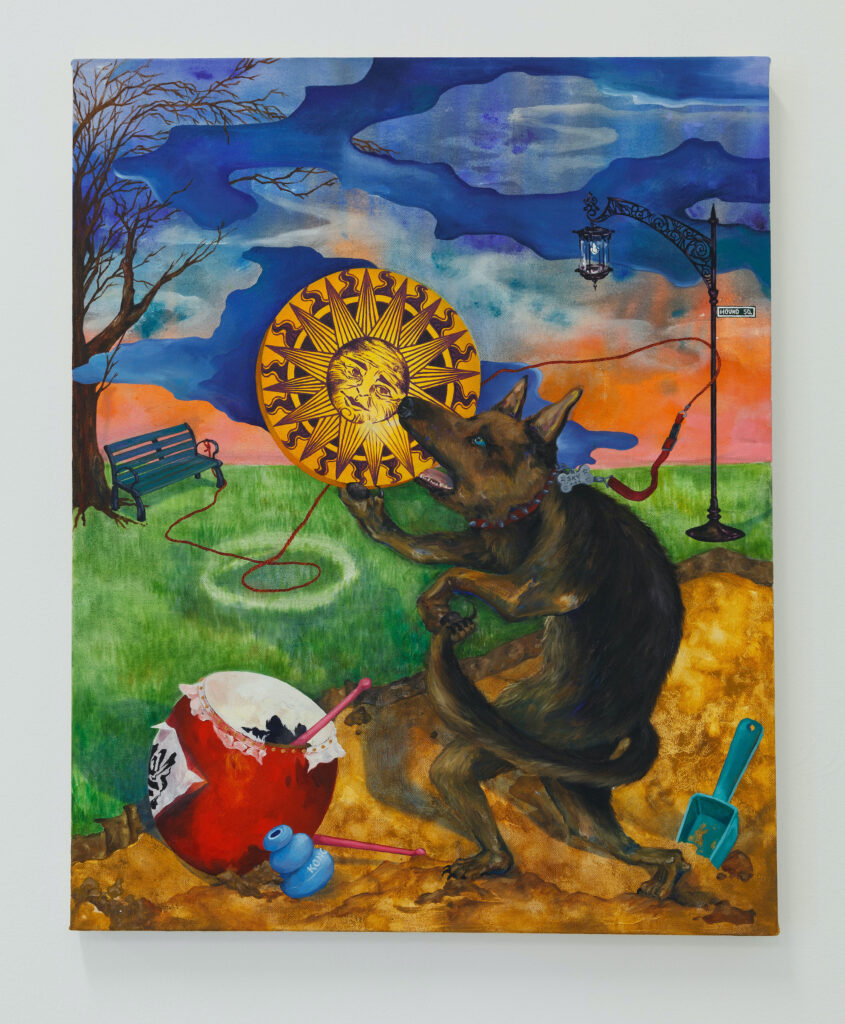 Artists in “our constellations” conjure connection through their attunement with touch, nature, and the astral. 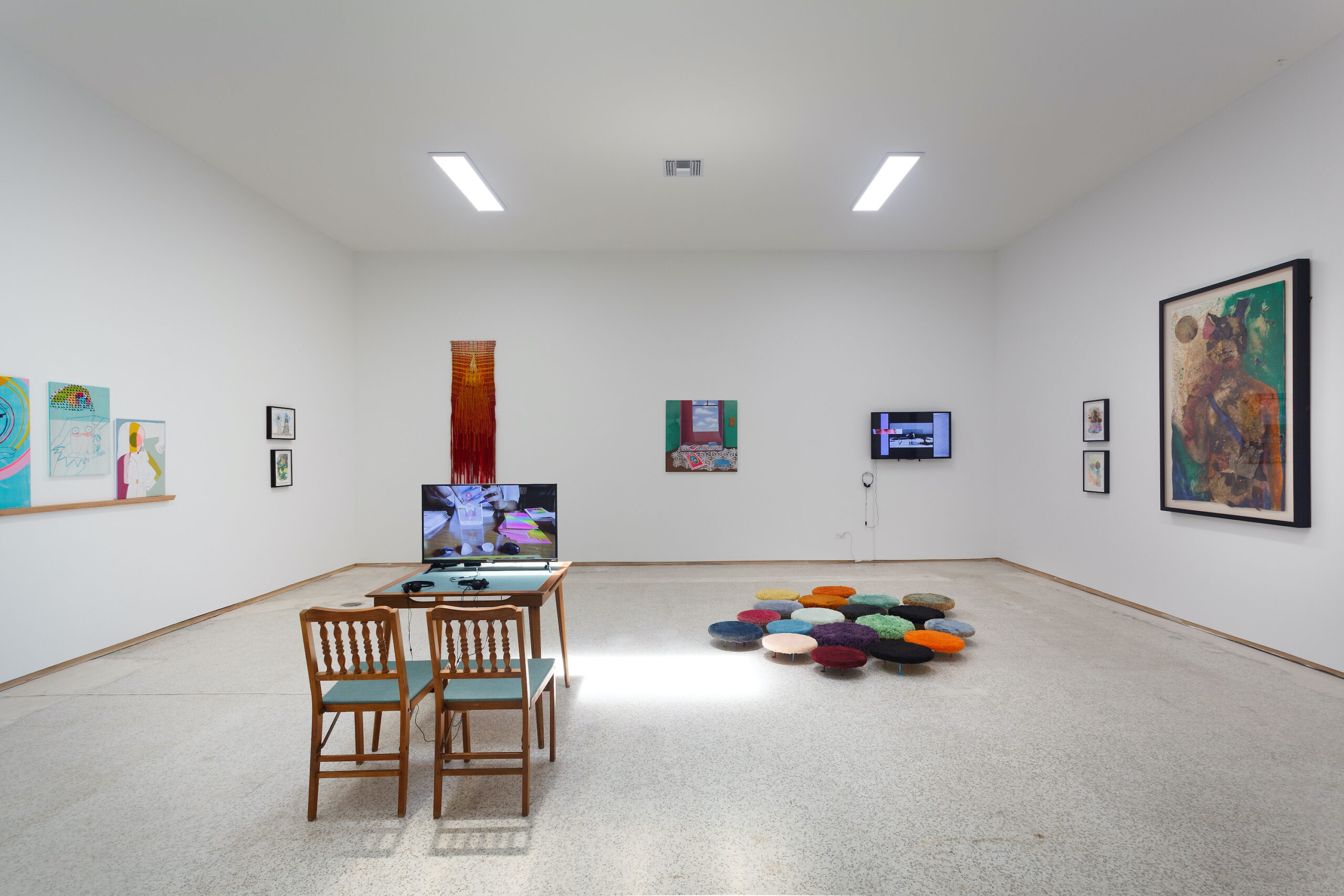 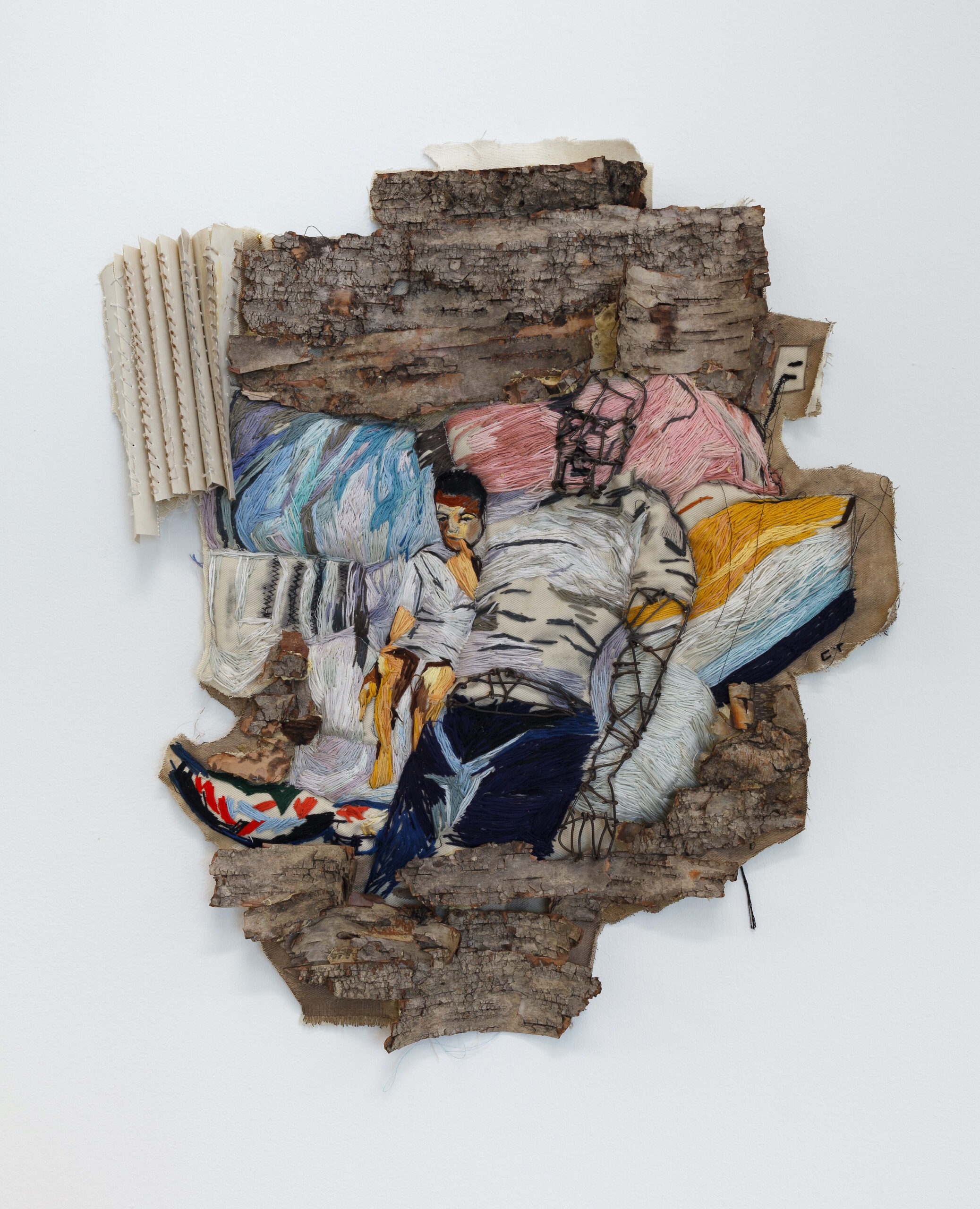 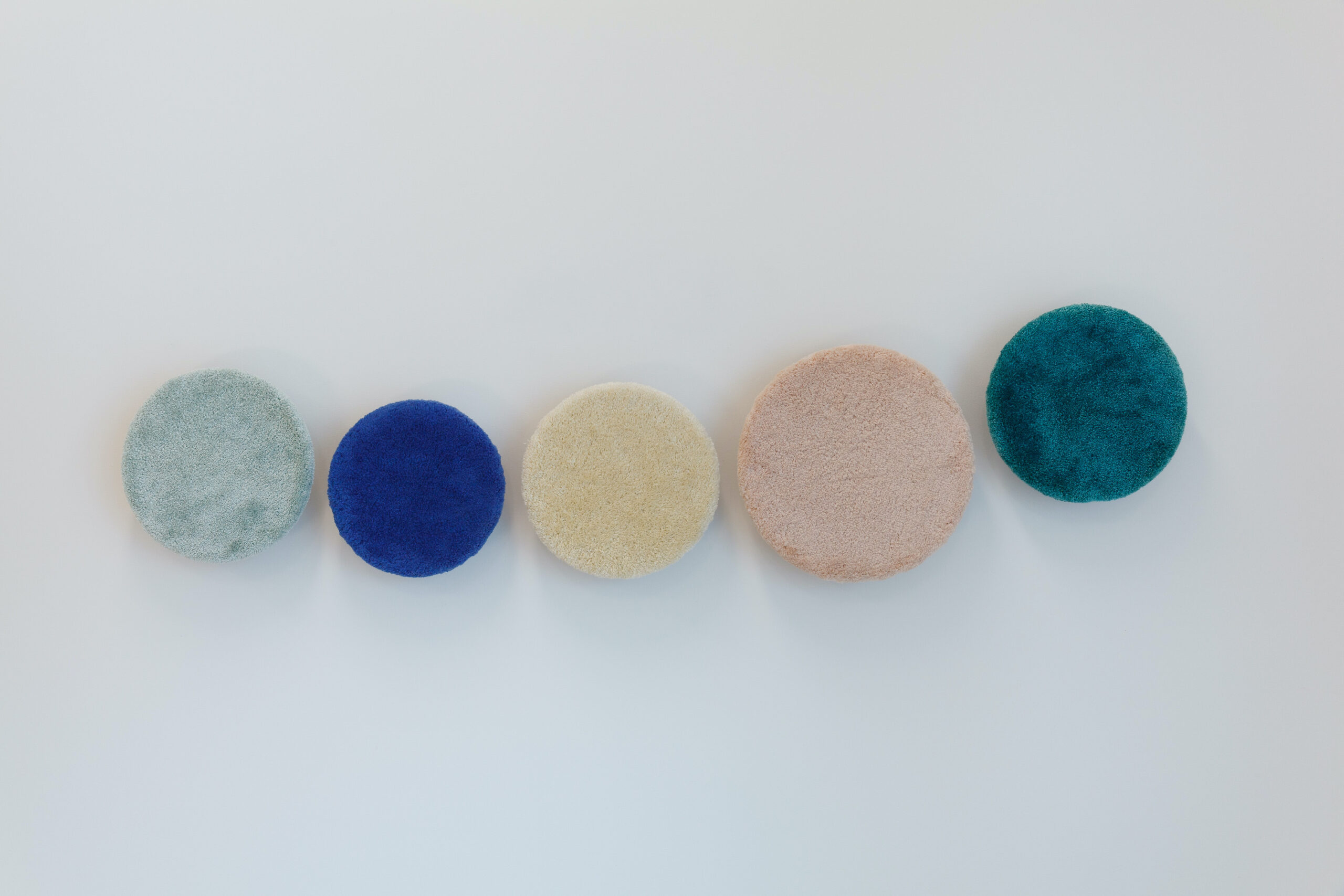 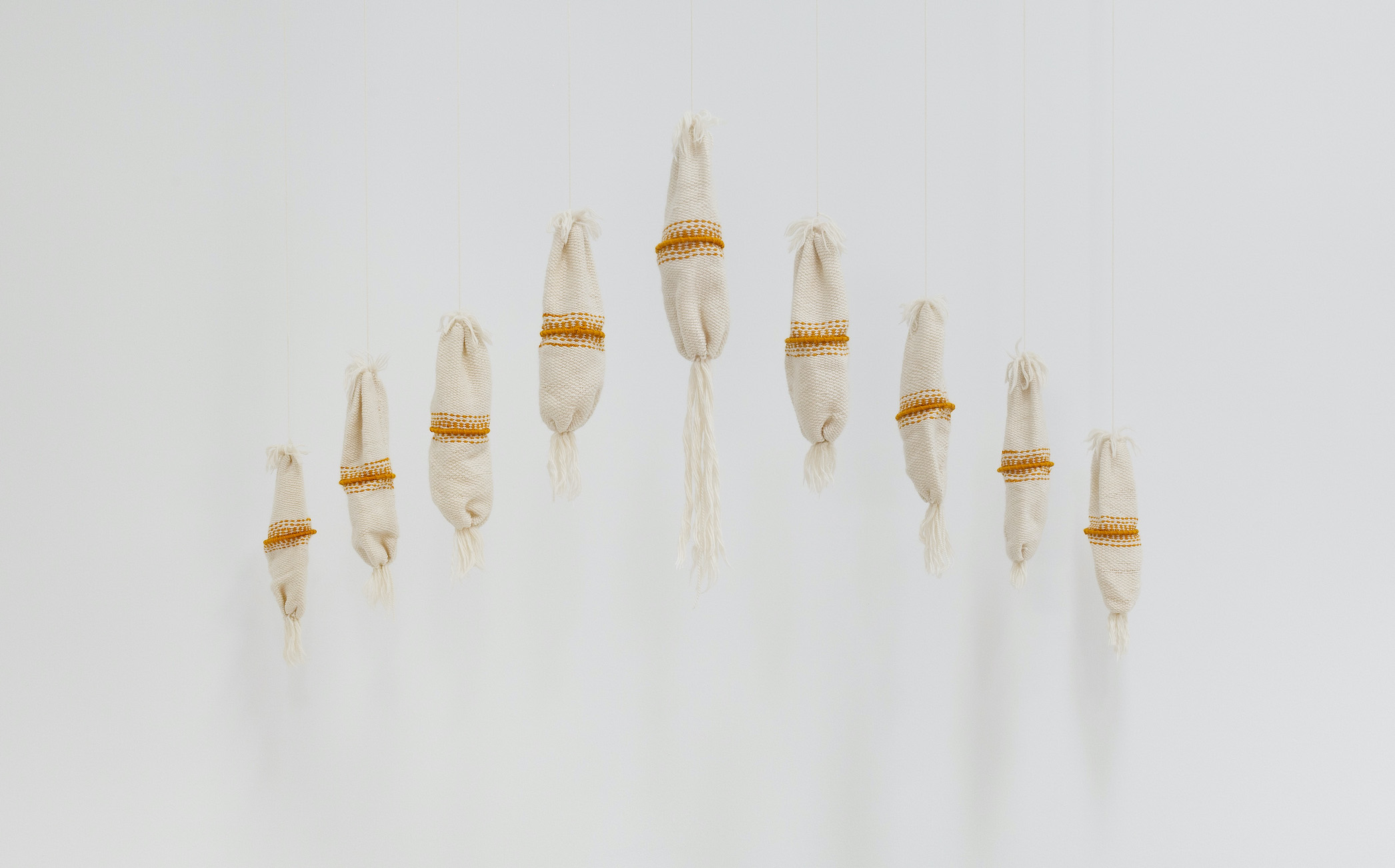 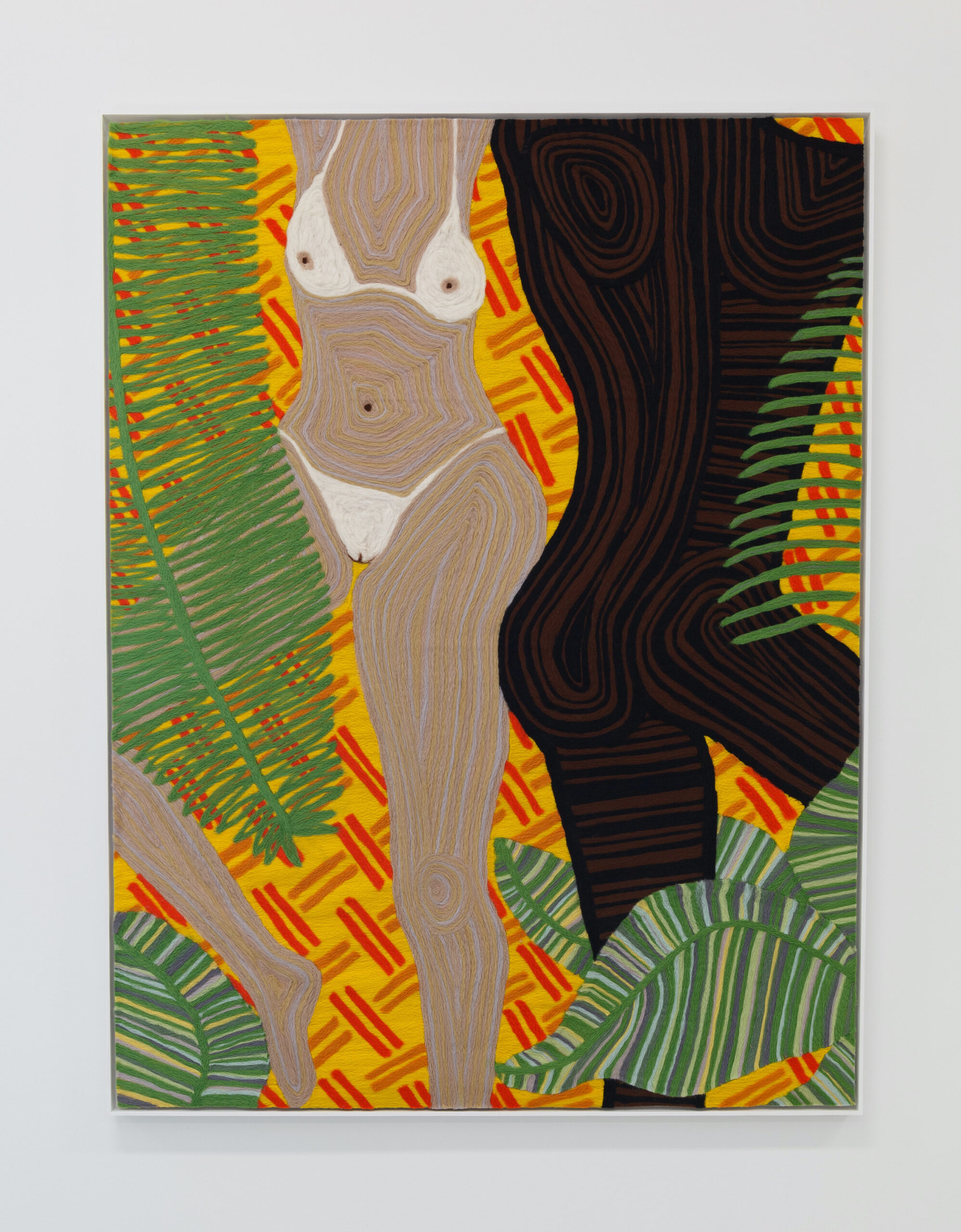 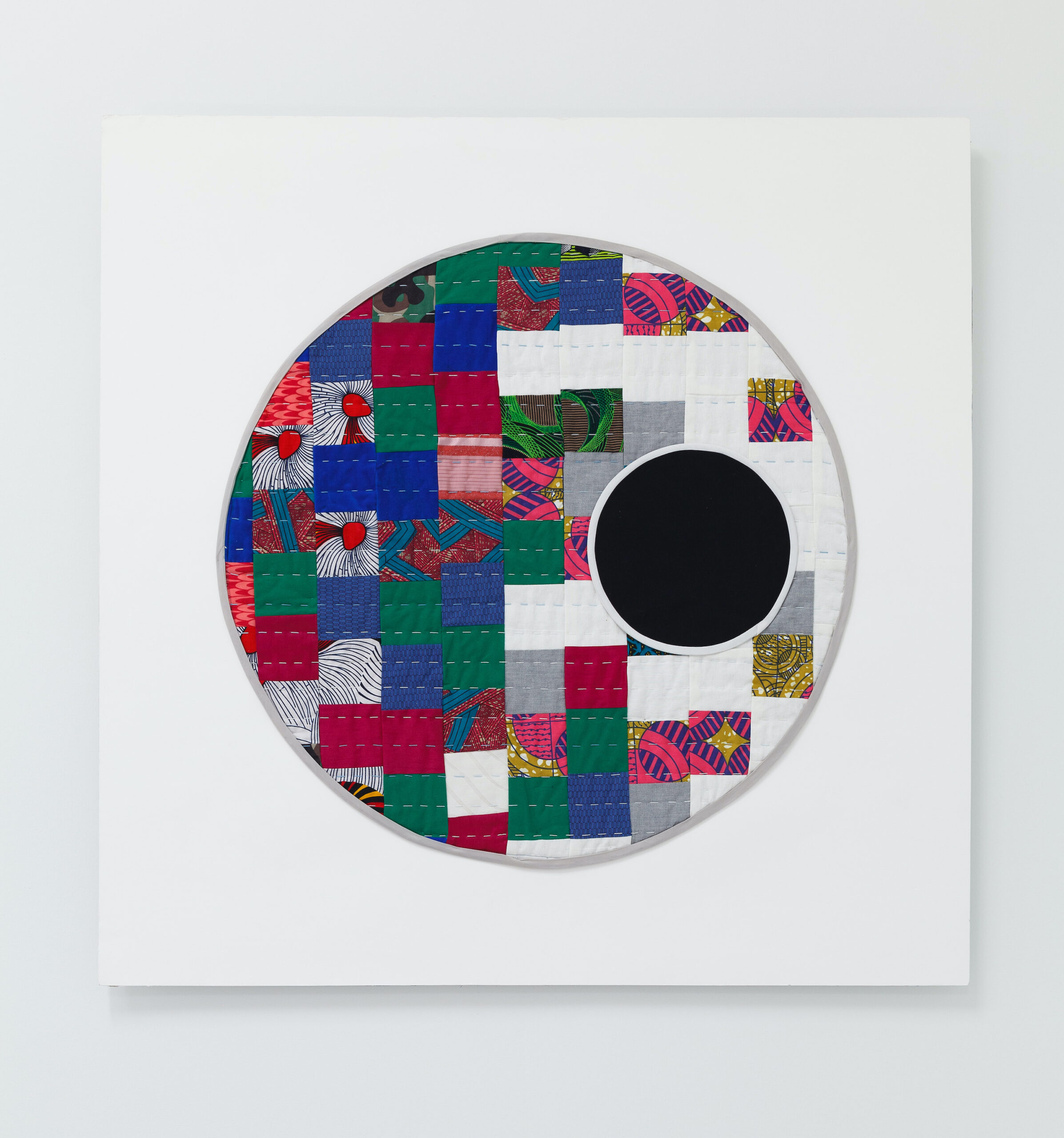 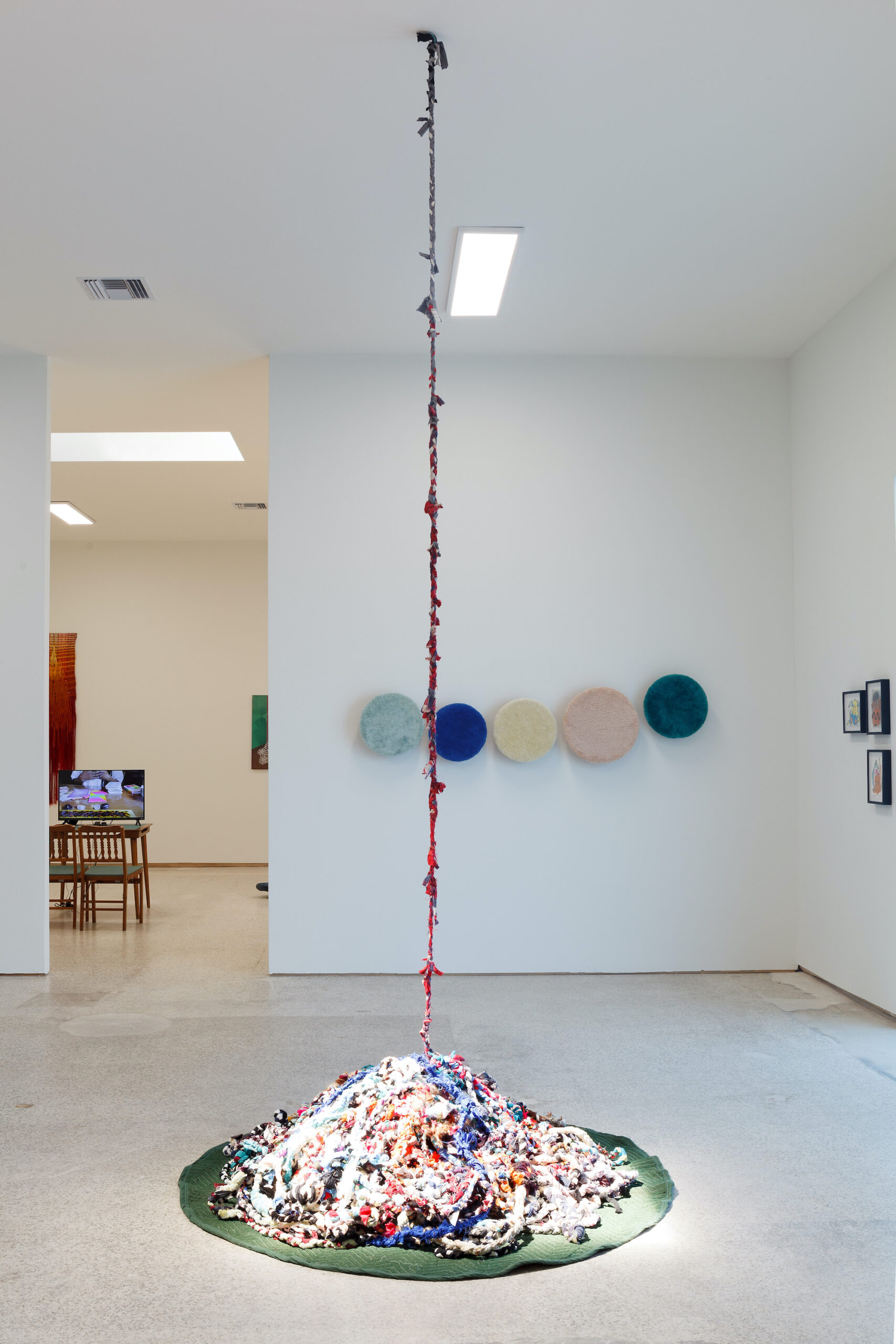 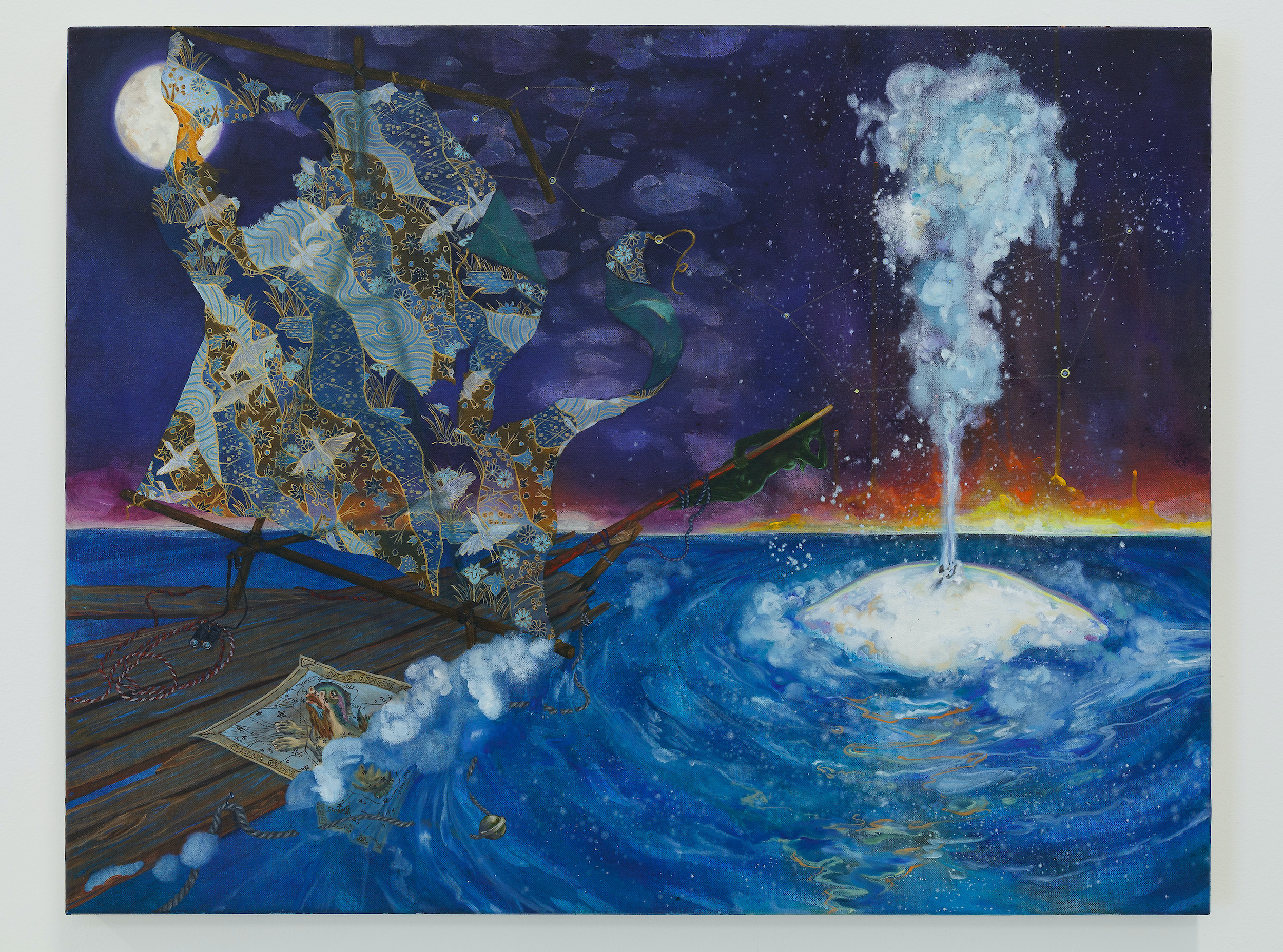 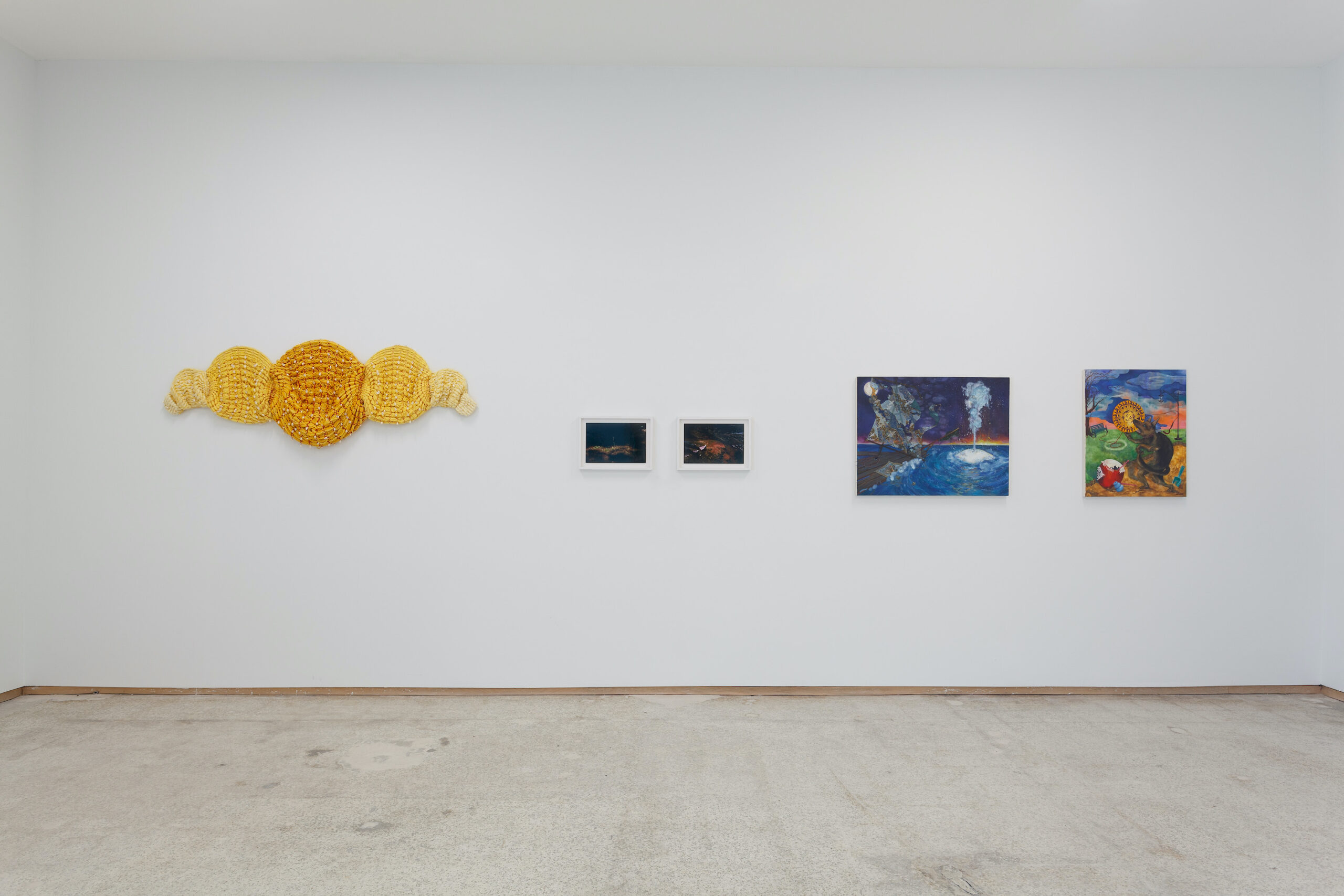 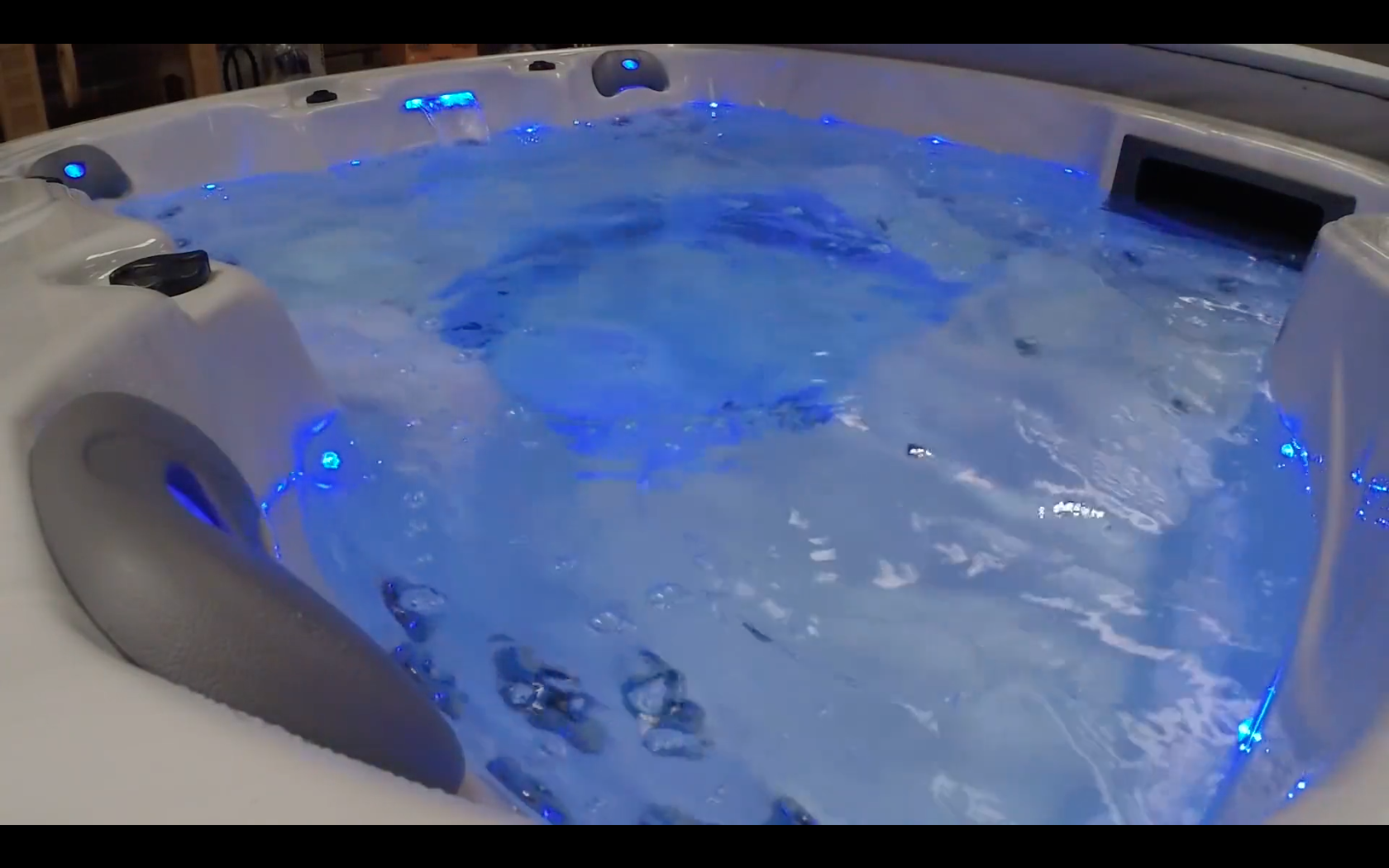 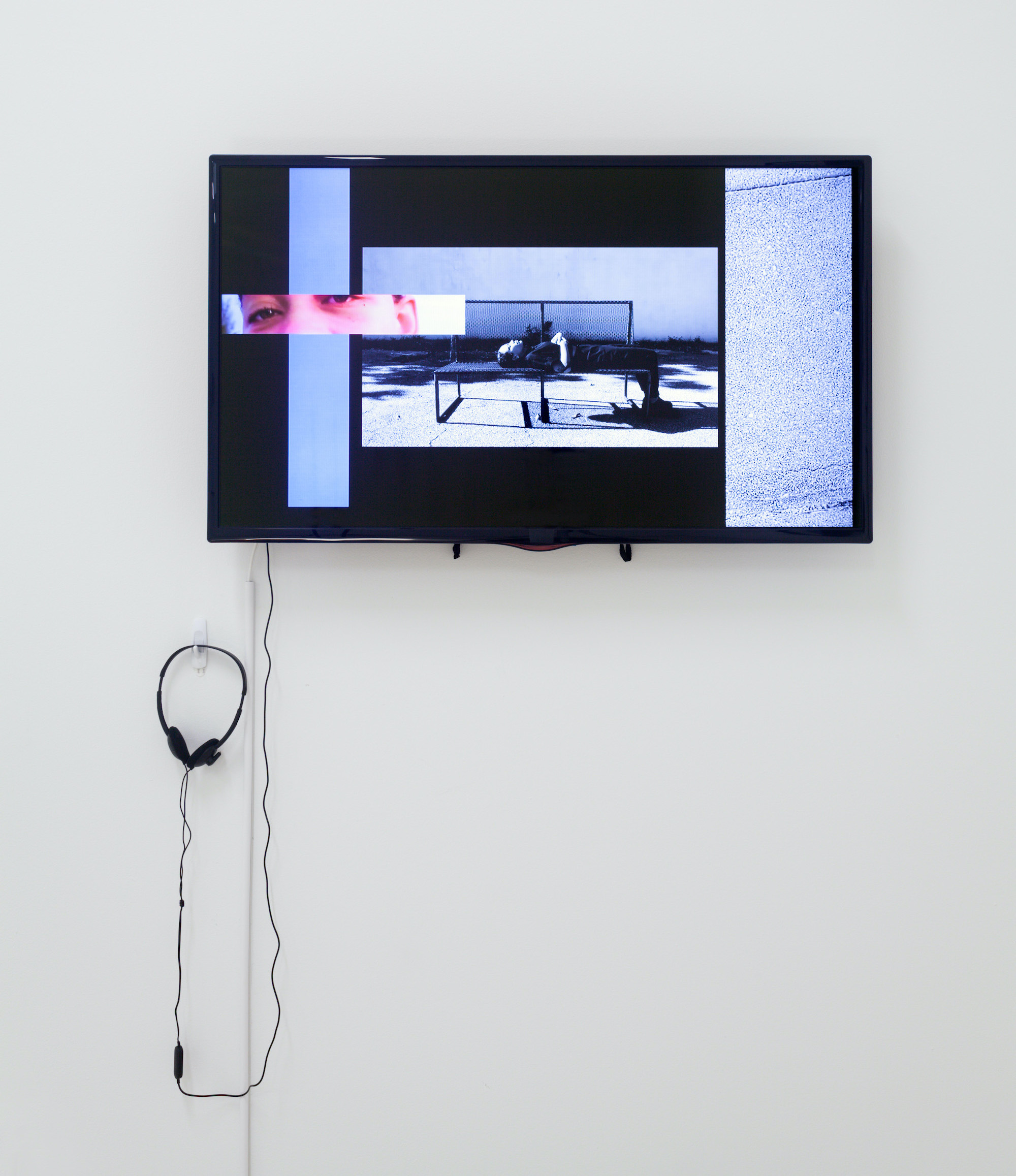 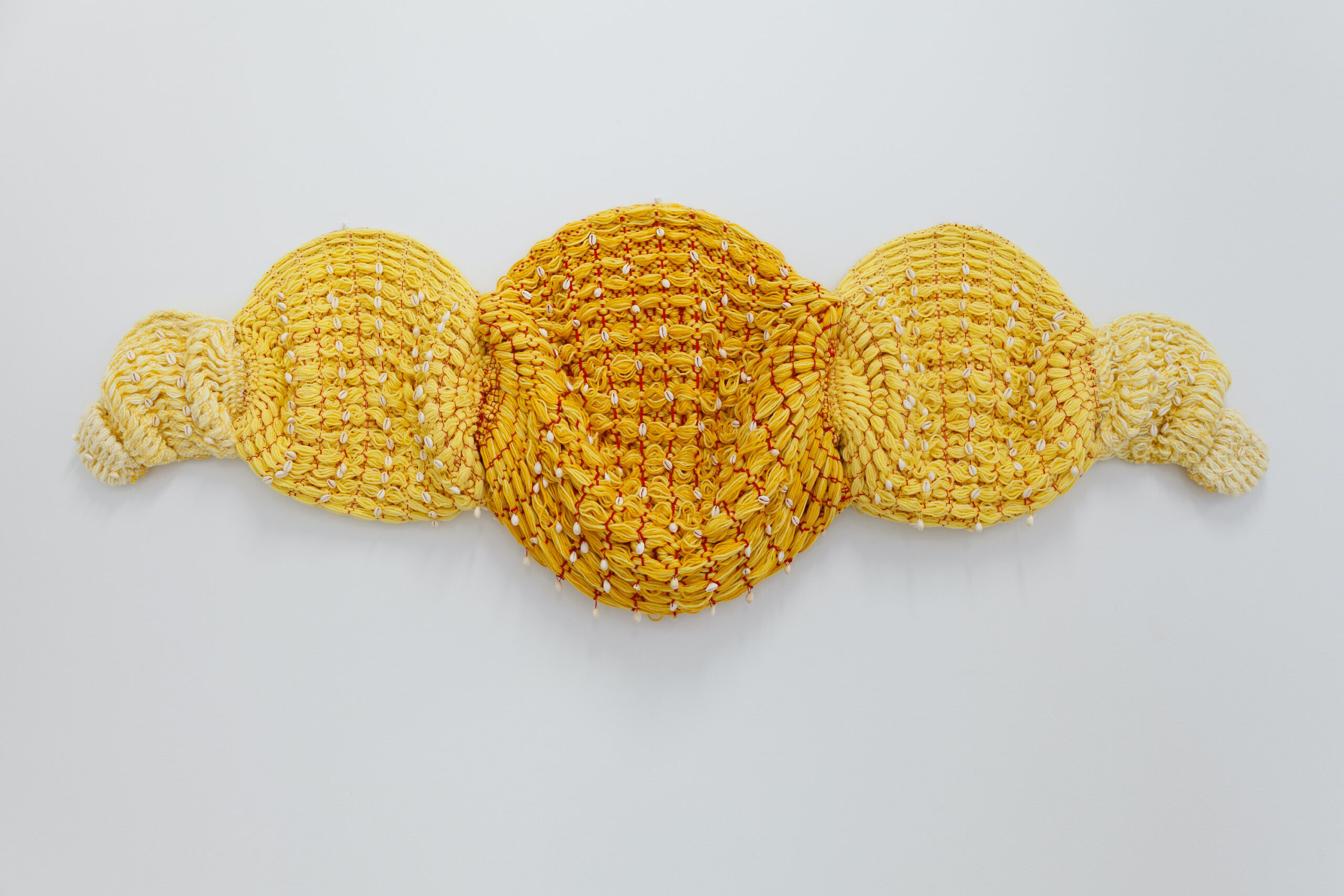 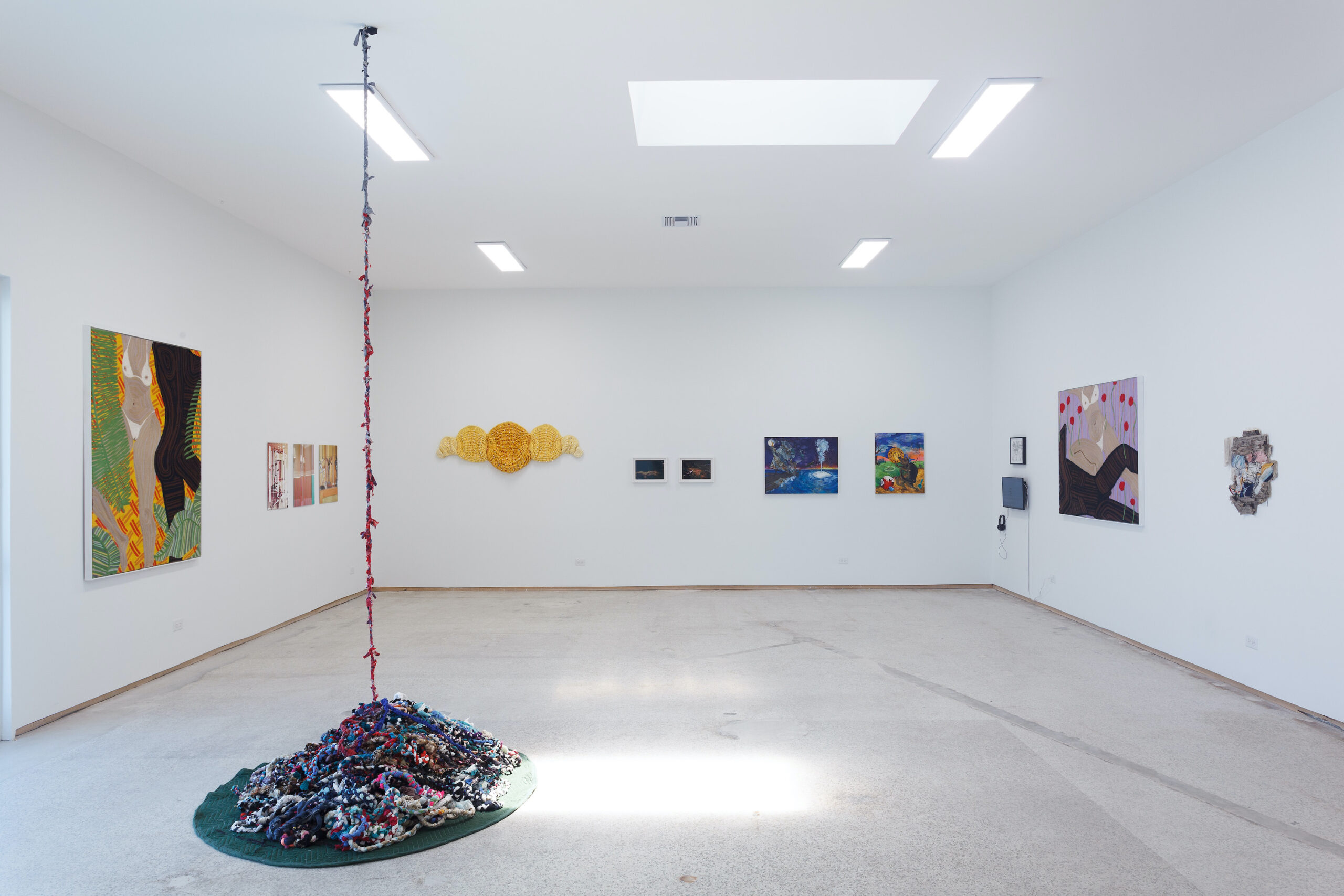 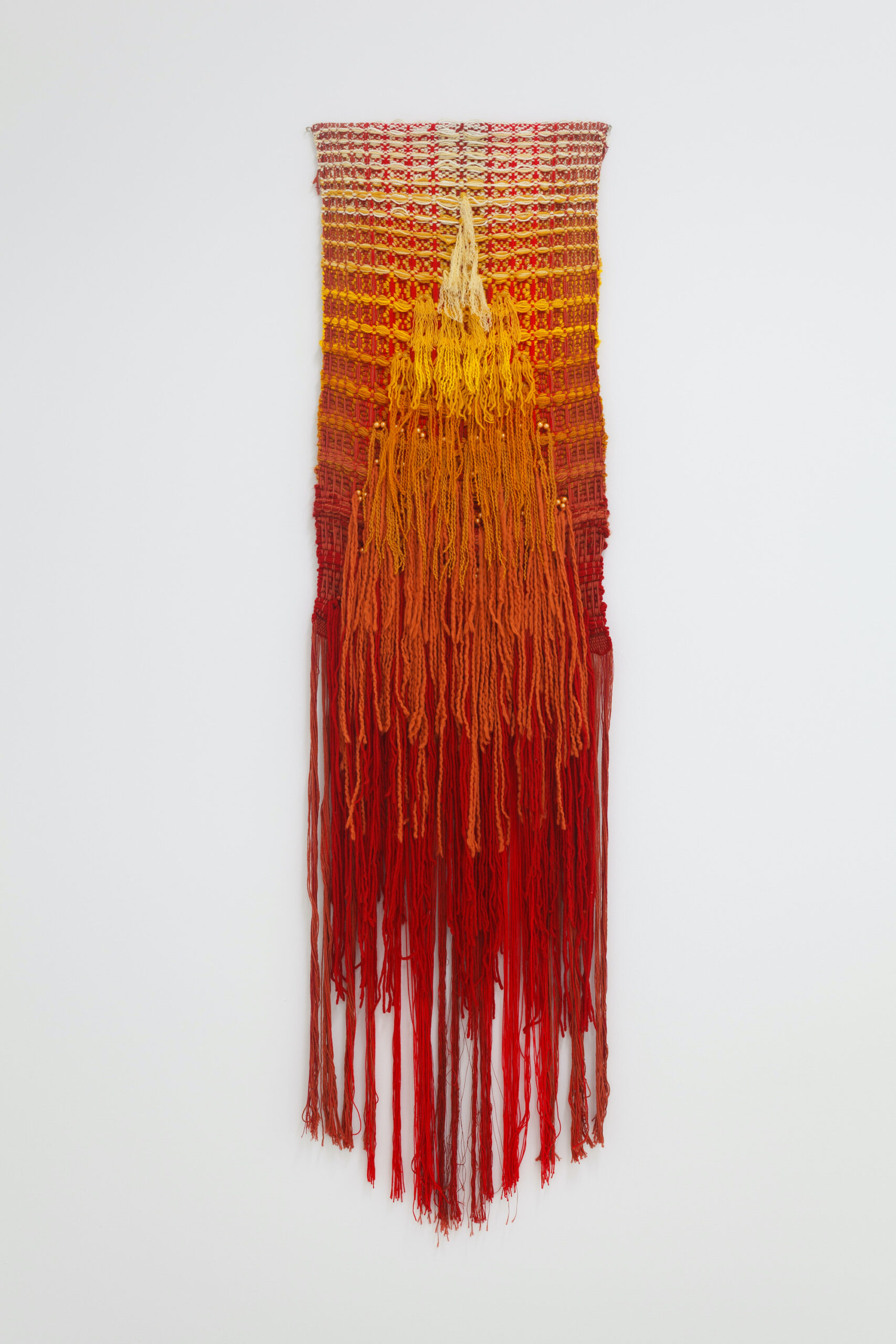 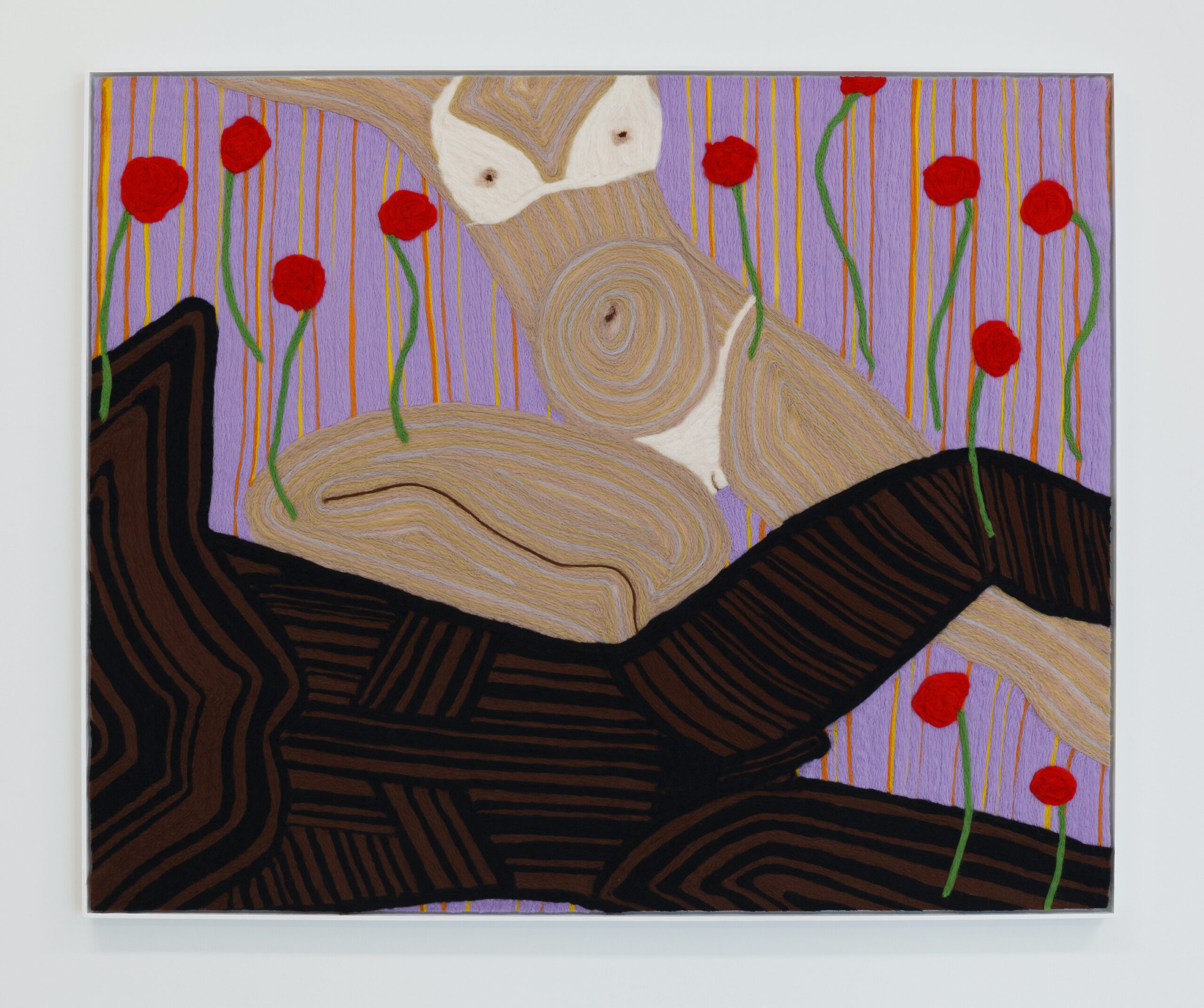 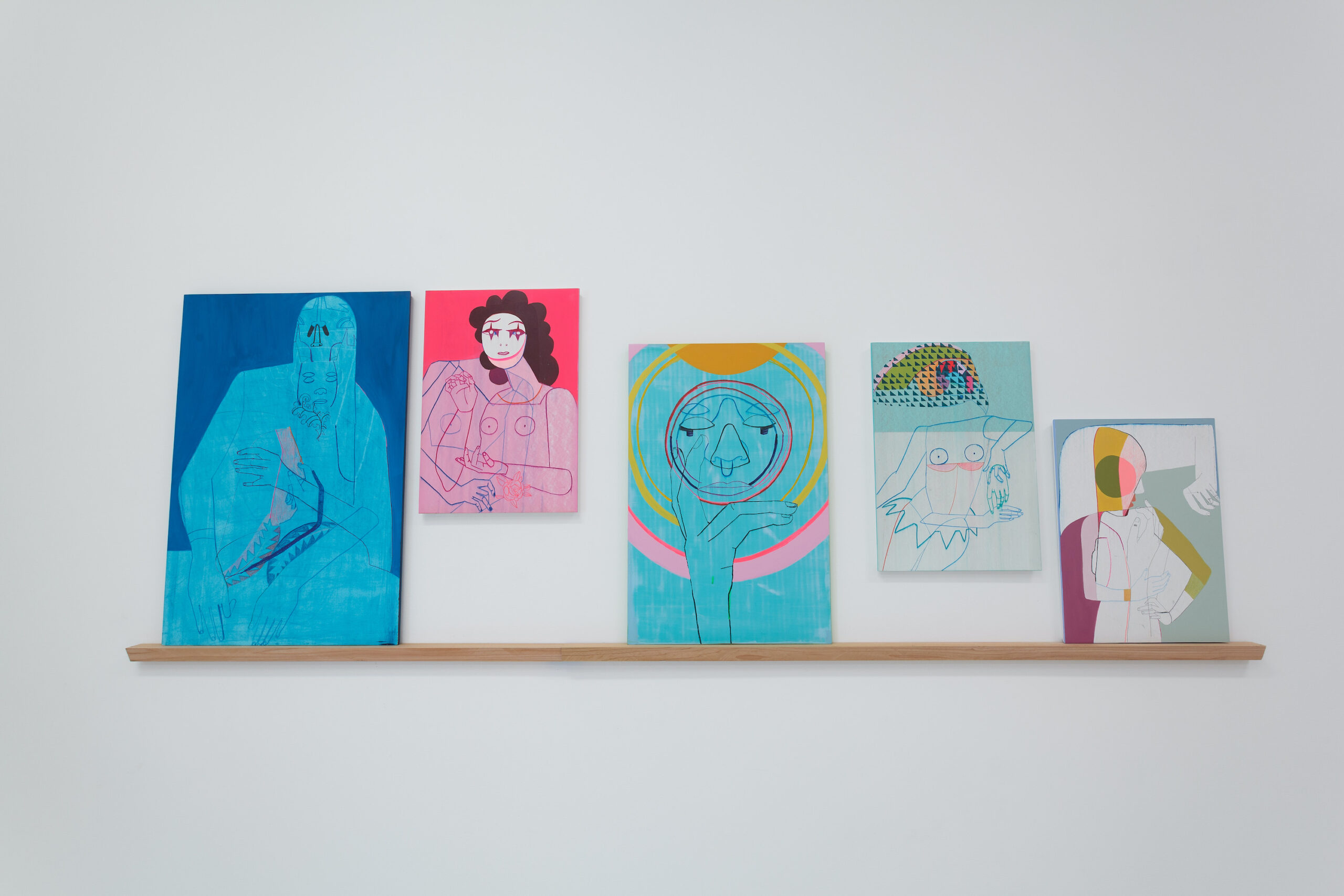 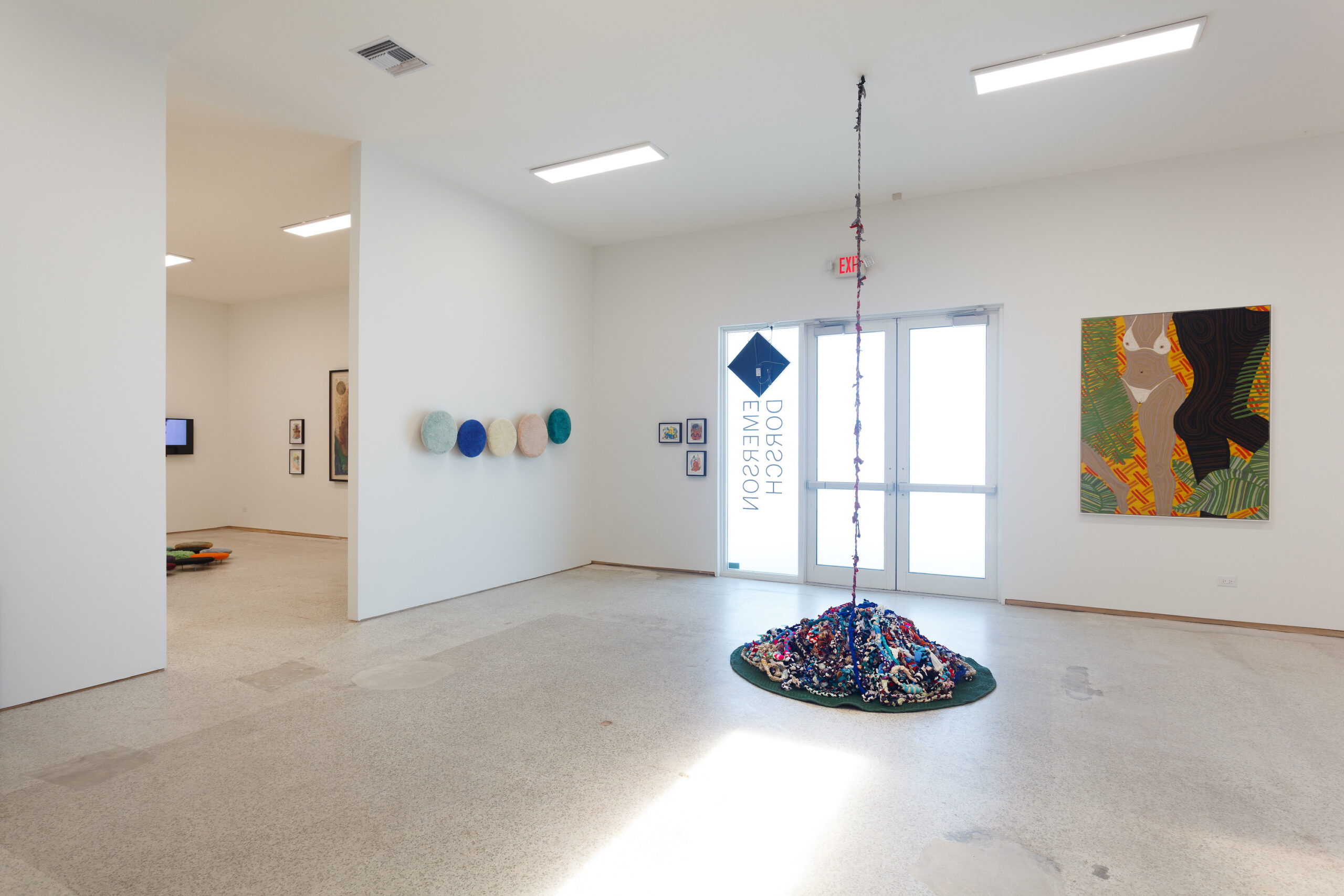 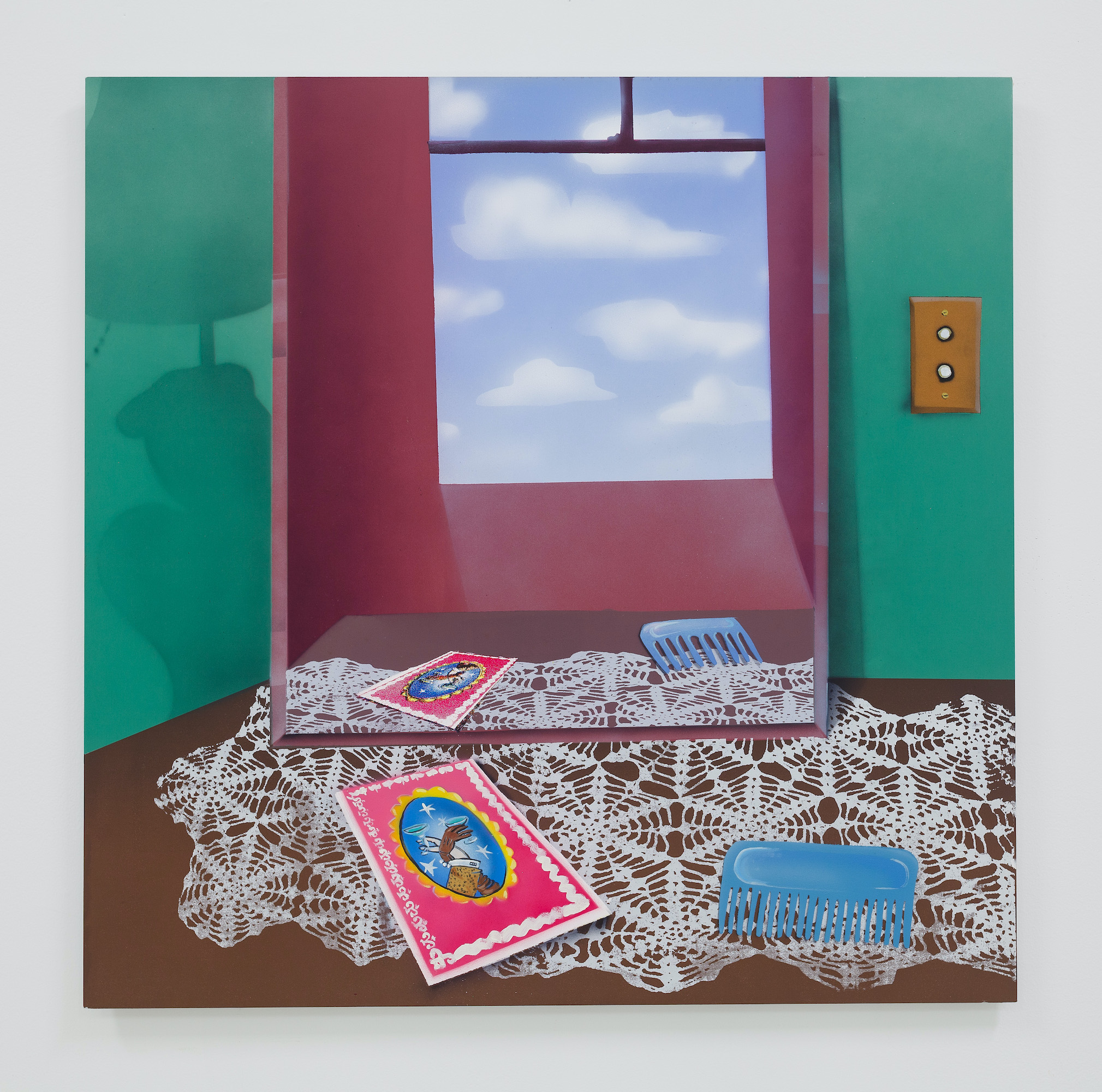 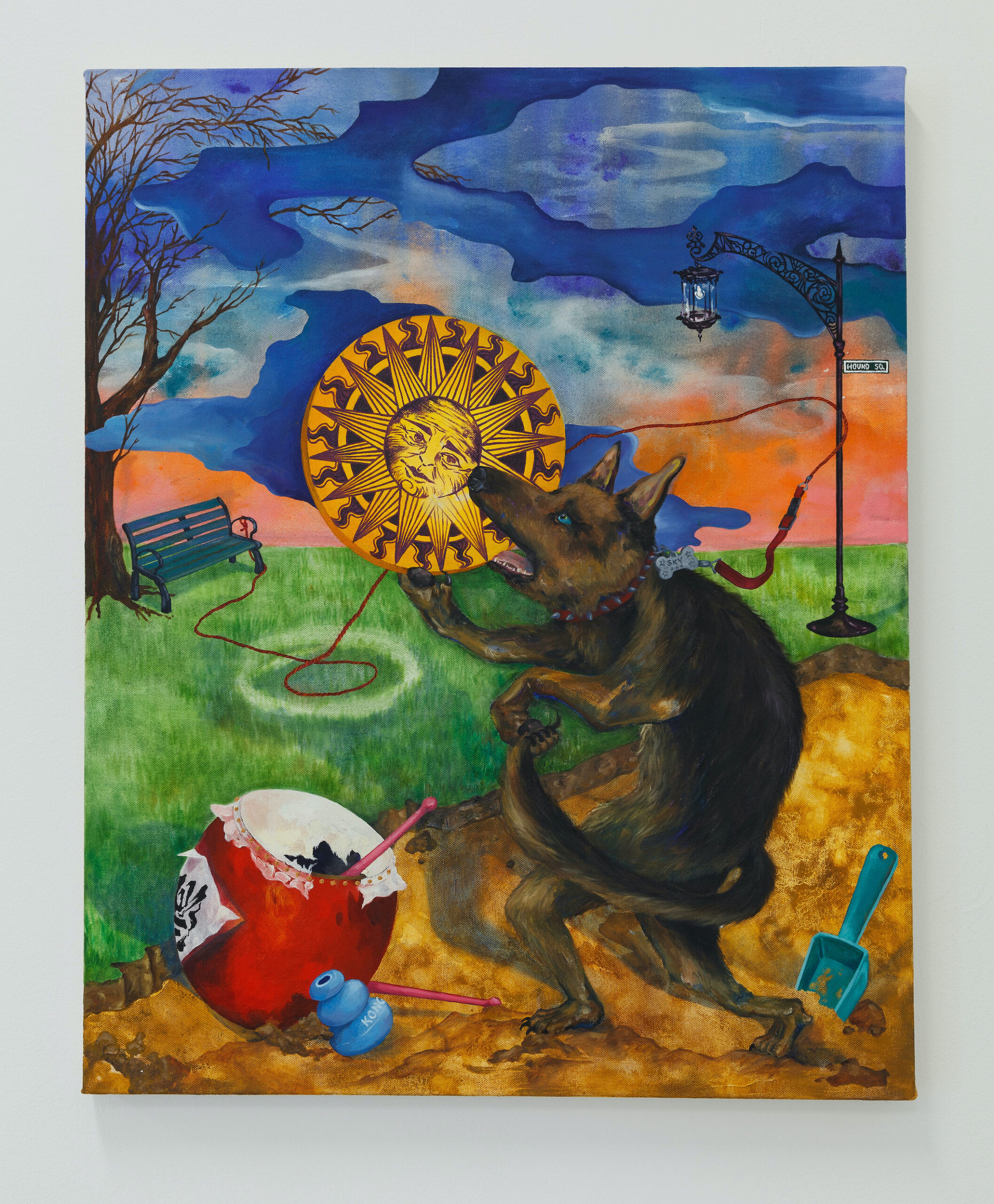 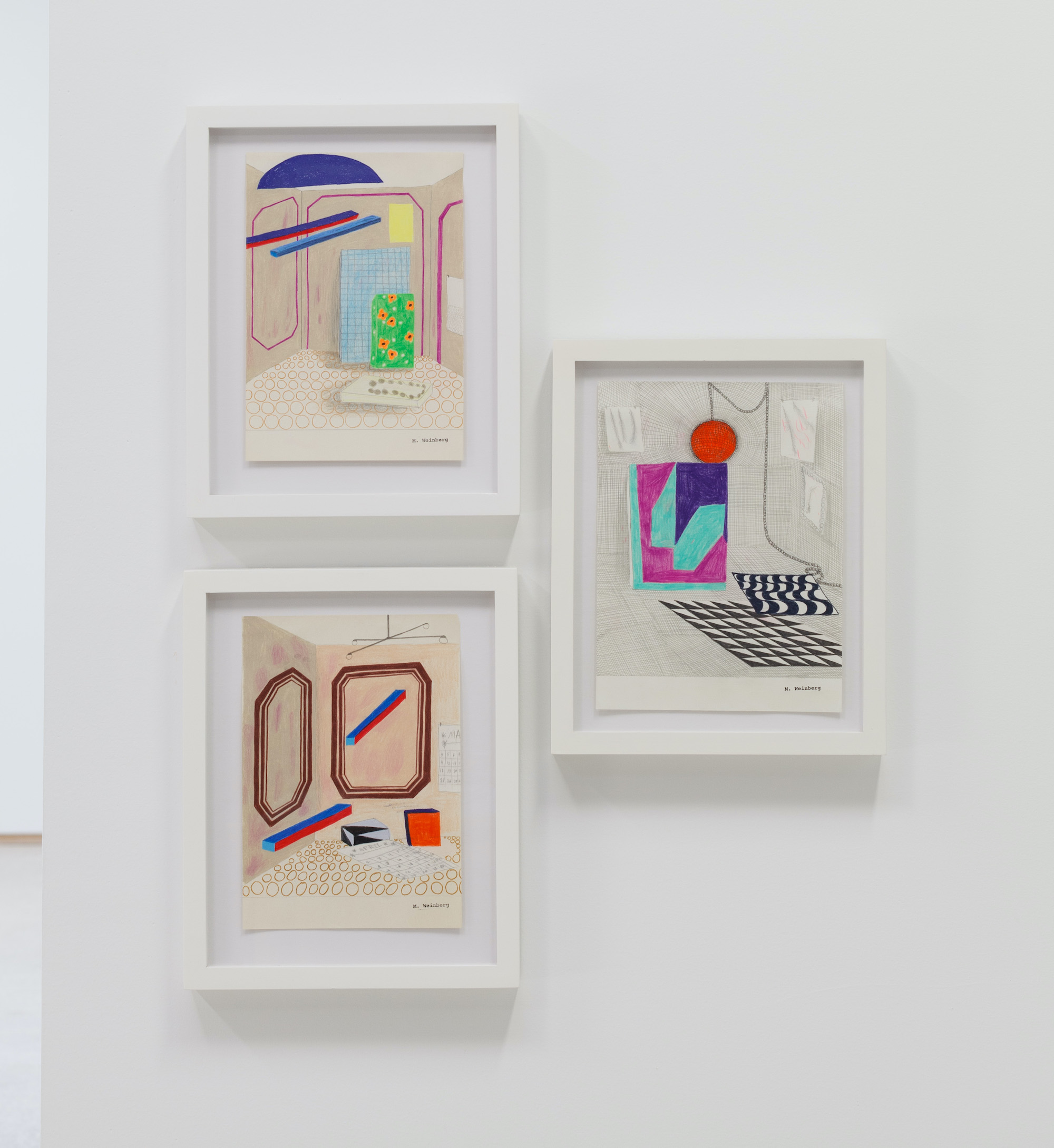 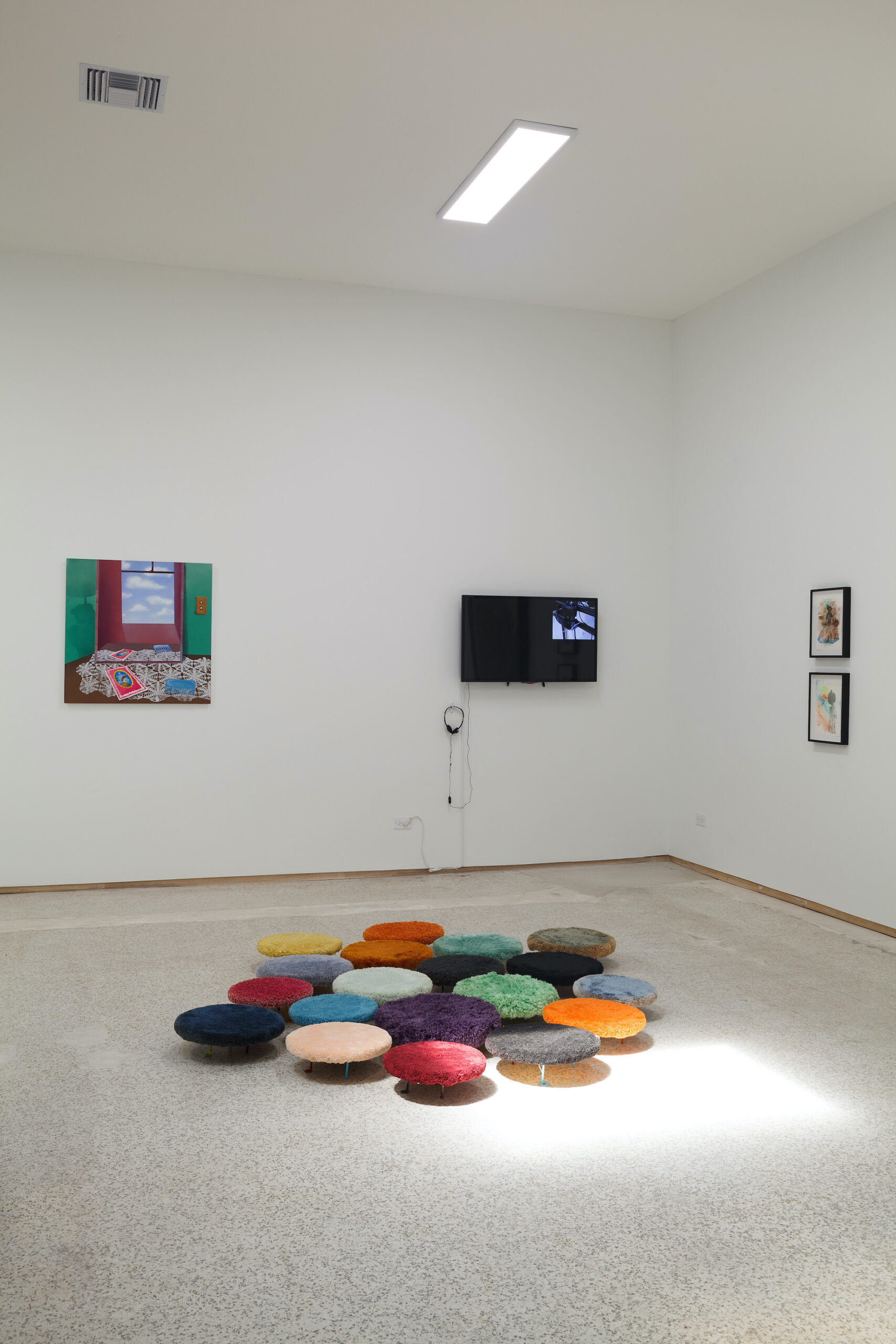 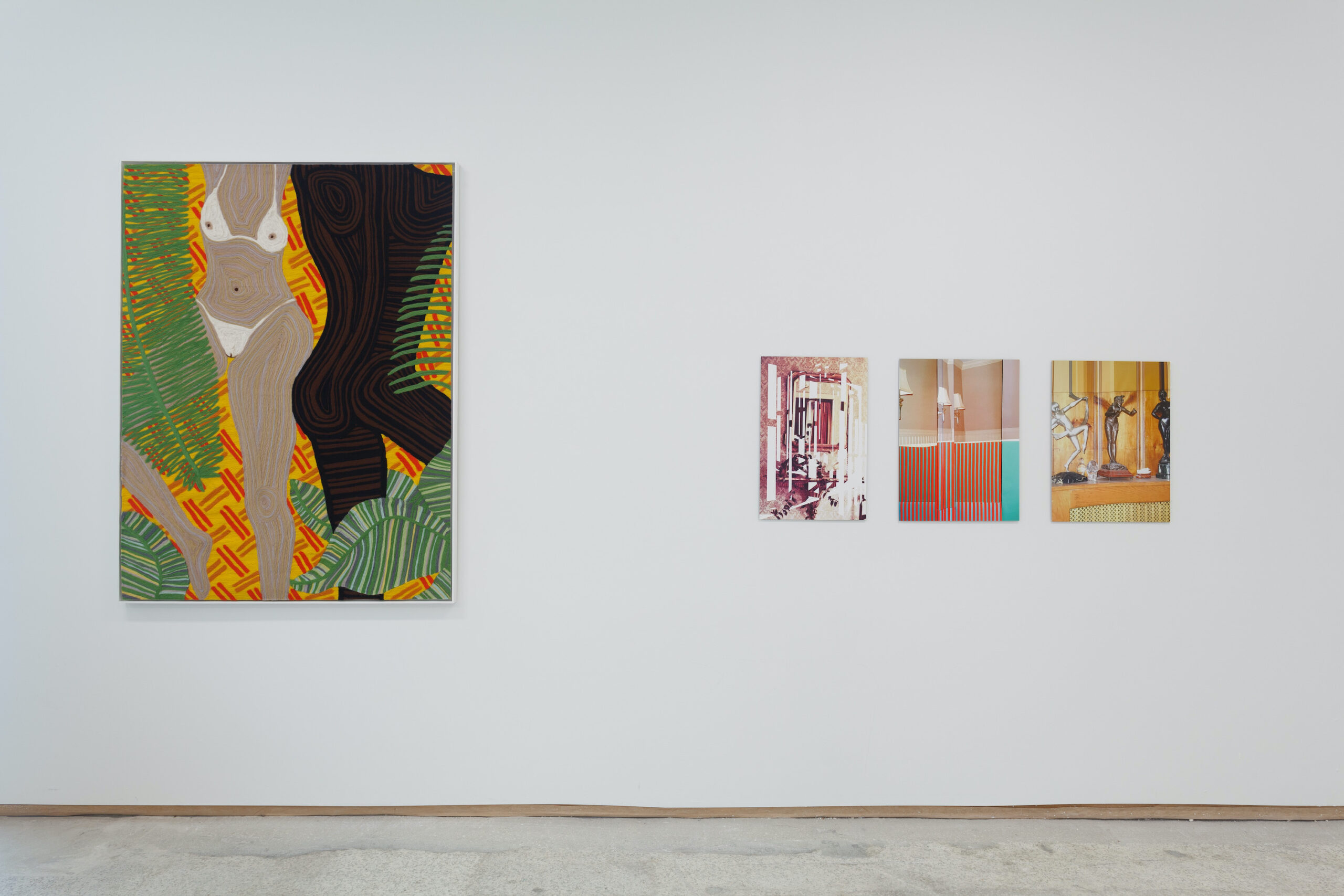 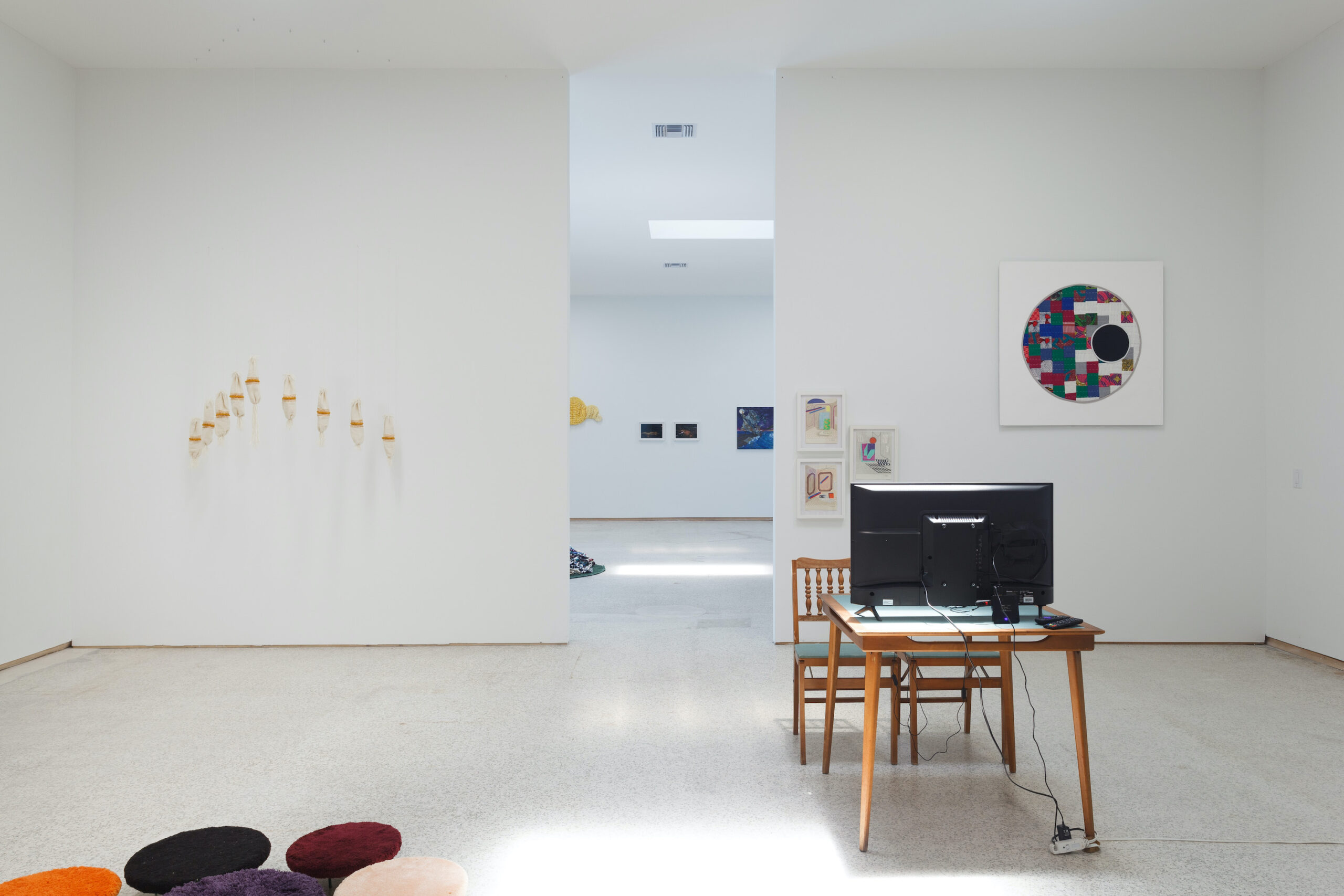 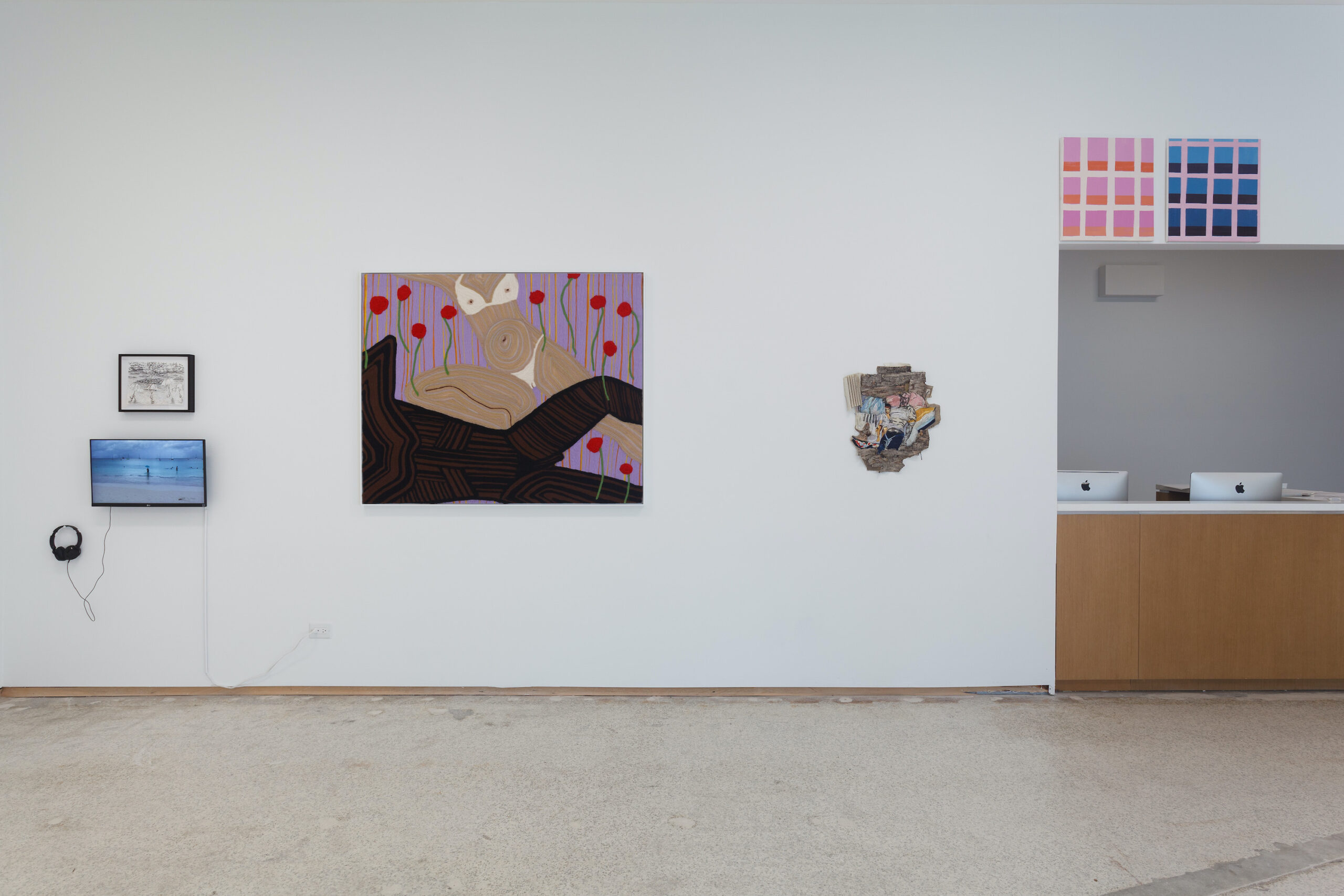 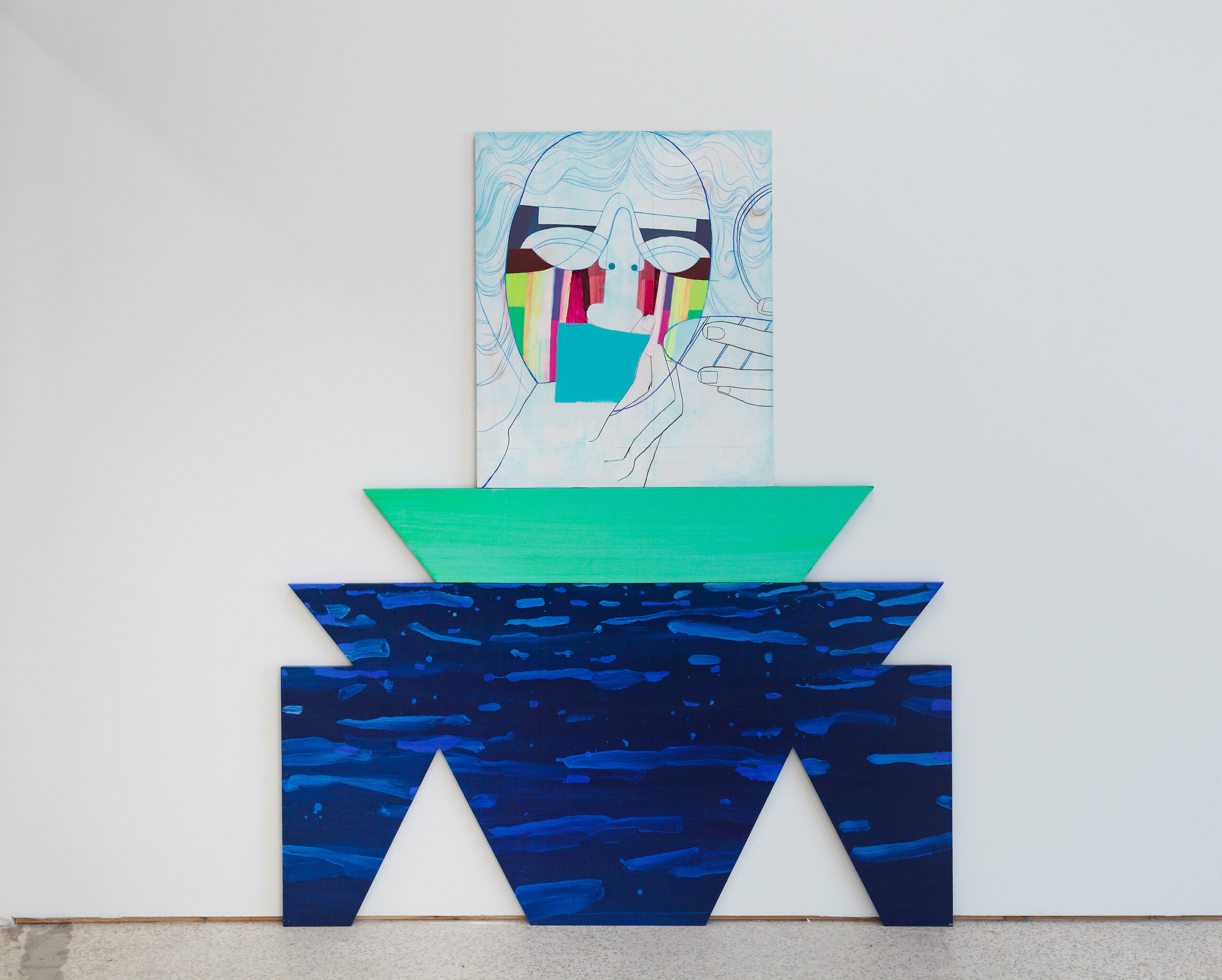 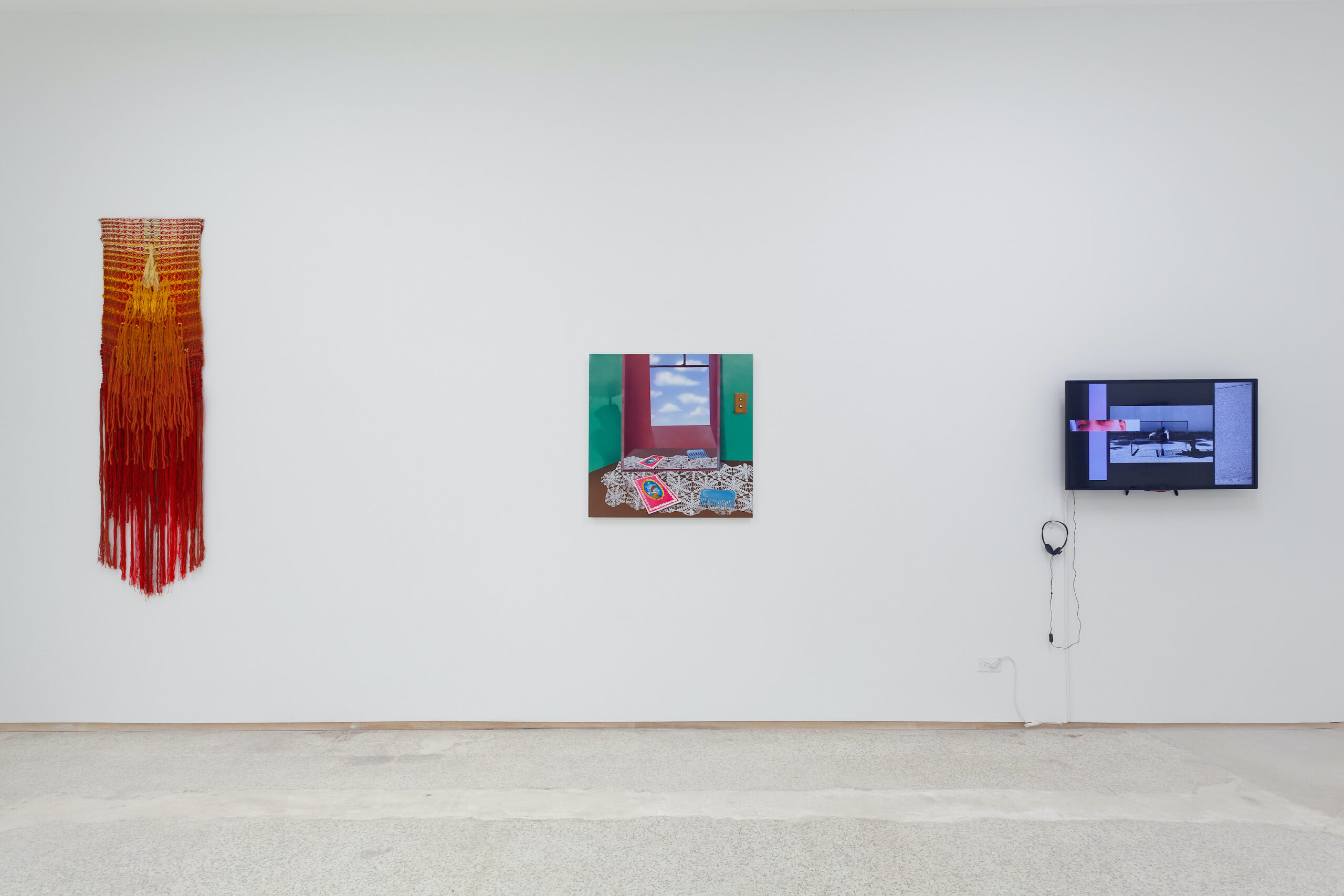 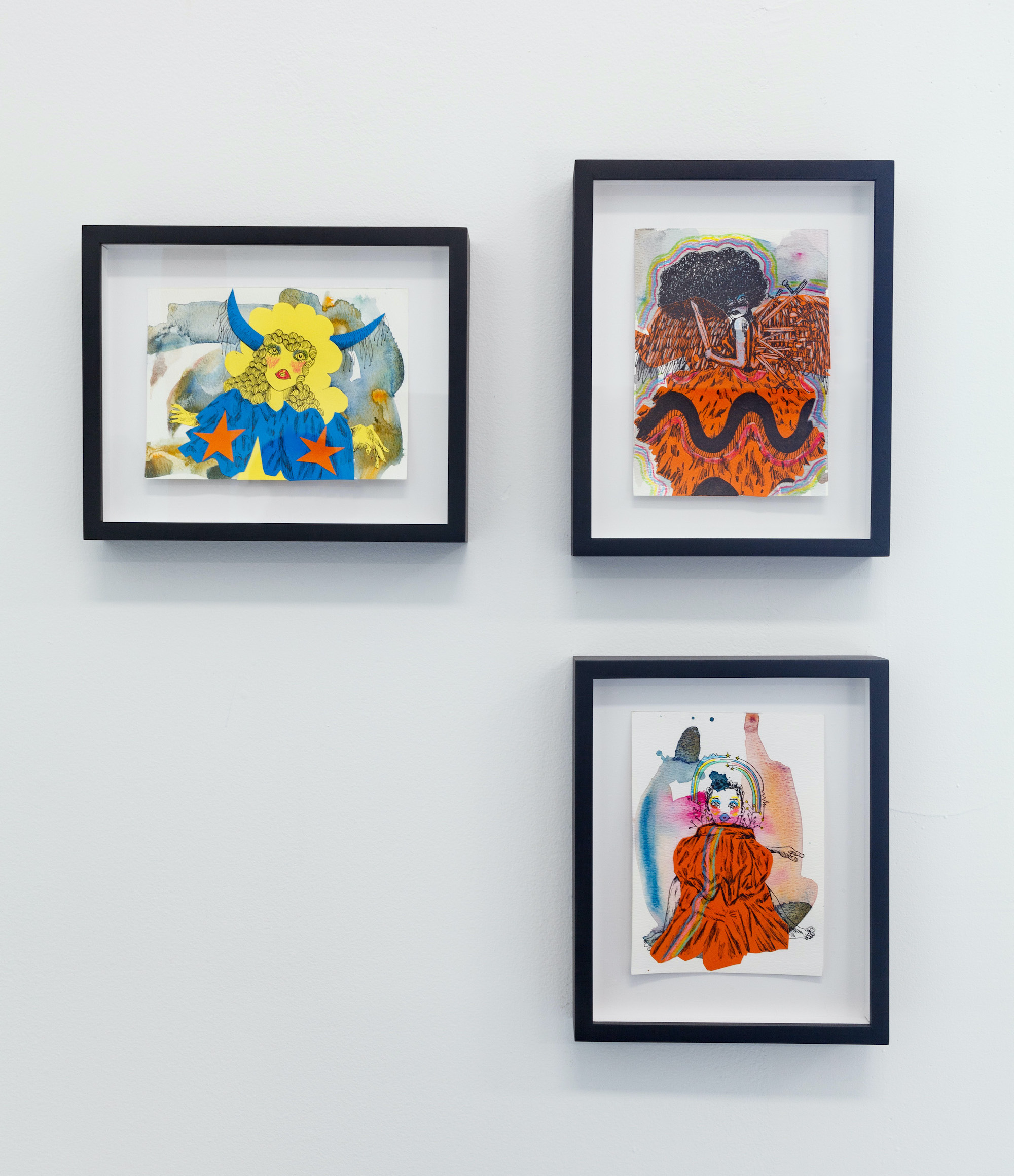 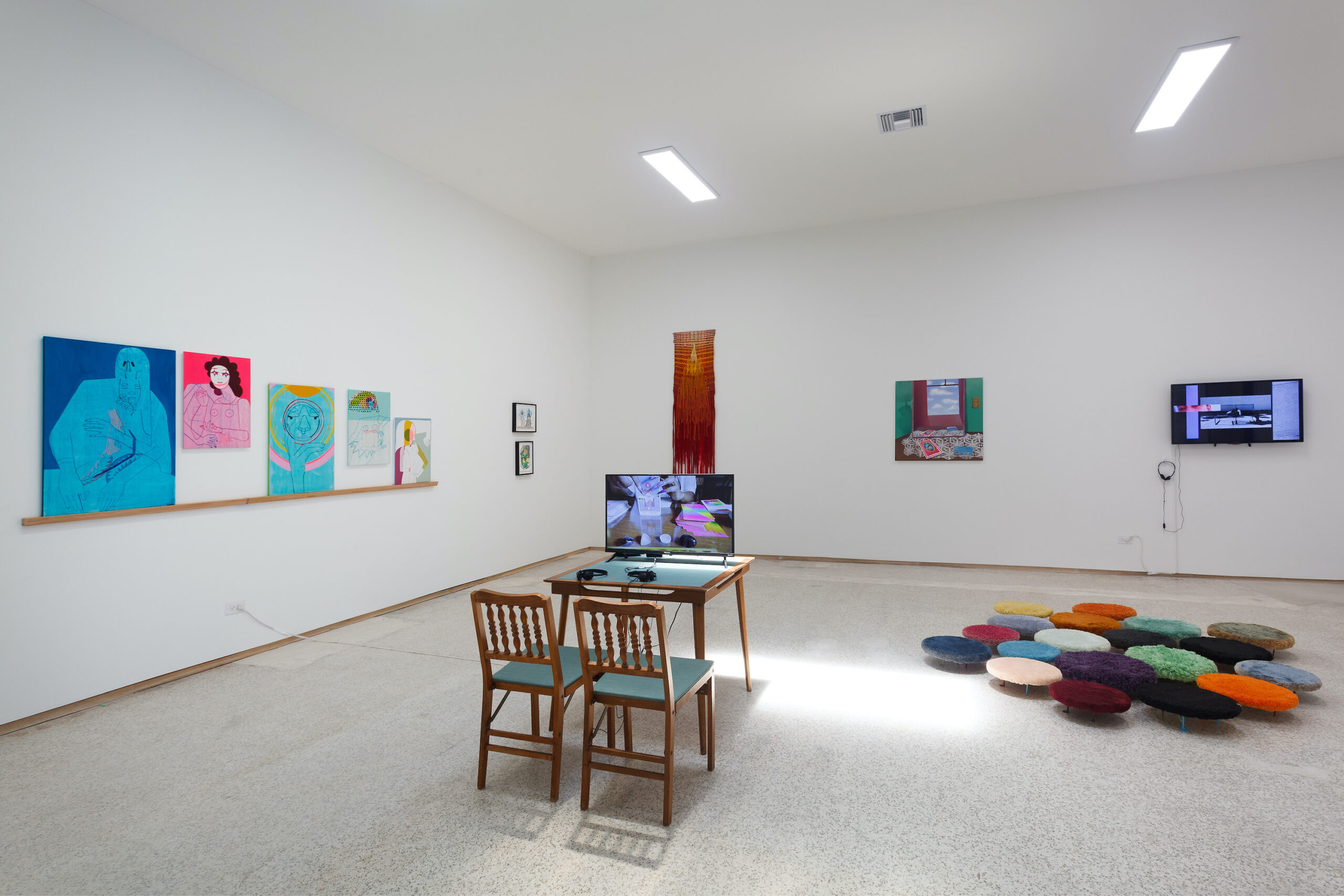 “our constellations: astral embraces and tactual consciousness” is a group exhibition curated by Terri C Smith that features selected alumni from Miami’s Fountainhead Residency. This is the first in a biennial series of curated exhibitions at Emerson Dorsch Gallery that include selected Fountainhead alumni. The exhibition will be on view August 7 to September 11, 2021.

“This new exhibition series recognizes the vital role that the Fountainhead Residency plays in Miami’s art scene,” explains gallerist Tyler Emerson-Dorsch, “In addition to providing formative residencies for many Miami artists, they have introduced our city to artists from all over the world. In the process of hosting and mentoring over 430 artists from 47 countries, the residency has greatly enriched Miami’s art discourse, in an innovative and entrepreneurial way that channels the city’s greatest qualities, like hustle, generosity, multiculturalism, and a thirst for building new relationships.”

The artists in “our constellations” conjure a sense of connection through materials, symbols, and narratives that are in tune with touch, natural environments, and the liminal, sometimes spiritual, energies that operate between our interior emotional lives and external states. Their strategies around touch include: enticing us to touch objects through sensuous materiality; presenting magical, yet untouchable, subjects like the moon and stars; and creating narrative works that ask us to contemplate the role of touch and gesture in our intimate connections with people and places.

“For many, the last year has been a time of examining our relationships to others and ourselves. For me, it also ruptured habits around making meaning, asking me, as my physical orbit contracted, to expand the mystic spaces of my intuition and imagination,” Terri C Smith explains, “I became increasingly interested in ideas around divination, especially Tarot, and in the emotional impact found in small gestures. In researching Fountainhead Residency alumni, I found myself drawn to artists who appear to be in tune with expressions of consciousness that include touch and range from the micro—connecting with self and community—to the macro—connecting with astral vibrations. Quite a few of the objects are actually created from small gestures as well, including knitting and stitching.”

Many objects in “our constellations” suggest connection by foregrounding the tactile. Artists Adia Millett, Andy Coolquitt, Katrina Coombs, TJ Dedeaux-Norris (fka Tameka Norris), Cheryl Pope, and Chiffon Thomas, tempt viewers to touch their work by asking them to occupy an intimate space when observing—to look closely at the small gestures embedded in an artwork’s construction (sewing, knitting, etc.)—and/or by presenting the viewer with soft, cuddly fabrics, textures, and surfaces. They knit, weave, braid, and sew, calling attention to touch through their use of media such as fabric, thread, yarn, bark, and plush shag.

Interconnectedness in this exhibition also is explored by mining the spaces between interoception (how we can understand and feel what’s going on inside our bodies) and exteroception (our sensitivity to stimuli originating outside of the body). Artists Beverly Acha, Melissa Brown, GeoVanna Gonzalez, Karsten Krejcarek, Liz Rodda, Meredyth Sparks, and Michelle Weinberg invite us to contemplate the energies and spaces between interior perceptions and external observations through visual displacement, mirroring, montage, surrealism, and/or transcendentally deadpan imagery that invites viewers to tap into curiosity and intuition.

Connection expands beyond the physical and to the distant and divine through constellations, dreams, metamorphosis, divination, and the chimeric in the works of Stephen Arboite, Eleen Lin, Sheena Rose, and Kristen Schiele. Astrology, spirit guides, goddesses, and healers weave through their figurative drawings and paintings. Rooted in intersectional approaches to identity—including class, race, the politics of place, and feminism—these fantastical, ethereal works invite us, through storytelling and invented archetypes, to engage with the wondrous and the metaphysical.

The exhibition also includes three commissioned works made exclusively for “our constellations.” Andy Coolquitt will create floor and wall works for the exhibition that incorporates everyday materials (toilet seat covers, metal and wood) and operates between geometric abstraction and 1960s soft sculpture. In addition to her existing textile work, “The Fabric of Our Lives,” TJ Dedeaux-Norris will contribute a new video titled “Art Medium Tarot,” which shows the artist giving a general Tarot reading with the gallery-goer in mind. The artist will also offer videos of personal Tarot readings during the run of the show.

A site-specific commission by Miami artist GeoVanna Gonzalez will repurpose the defunct gallery street signage with an installation that is informed by sundials and the passing of time. This work will be unveiled during the show’s halfway point and kept on extended view, accompanied by a short program in which Gonzalez and Smith discuss the project in an online interview.

Proceeds from the sales of works in this exhibition will be distributed between the artist, Emerson Dorsch Gallery, and Fountainhead.

Guest Curator Terri C Smith would like to thank Tyler Emerson-Dorsch and Brook Dorsch for inviting her to curate an exhibition featuring Fountainhead Residency alumni. Special thanks to Gallery Director Ibett Yanez del Castillo and Gallery Manager Doug Weber for their contributions in organizing “our constellations,” including their hard work with all of the logistics and their generosity of spirit. Of course, this exhibition would not have been possible without its participating artists and Smith is deeply grateful to each of them for their time, labor, and talent. Also, much appreciation to the participating galleries and to Fountainhead Residency’s Executive Director Kathryn Mikesell for their support and input during the planning process.

ABOUT THE CURATOR
Terri C Smith has curated more than 80 contemporary art exhibitions, earning three grants from The Andy Warhol Foundation for Visual Arts, among other awards. Smith’s exhibitions have been featured in publications such as Art Papers, Artforum, Bomb magazine, and The Brooklyn Rail. After 13 years as a contemporary art curator at Cheekwood Museum of Art in Nashville, Smith earned her MA from Bard College’s Center for Curatorial Studies (2008). In Connecticut, she curated shows at the Westport Arts Center and the Housatonic Museum before becoming founding Creative Director at Franklin Street Works, a Stamford nonprofit space. In her nine years at FSW, Smith curated, co-curated or worked with guest curators to create 34 original exhibitions, working with more than 300 artists. She led the vision of the space’s programming as well, developing 100 free, educational programs that forged critical connections and dialogue between artists and diverse communities in the region. Since Franklin Street Works closed permanently in April 2020 due to financial pressures brought on by COVID-19, Smith is working as freelance curator, writer, and an adjunct professor at UConn-Stamford. Read a recent interview with Smith here.

ABOUT FOUNTAINHEAD
Founded in 2008 by Kathryn and Dan Mikesell, the Fountainhead takes a holistic approach to empowering artists, while cultivating and nurturing a community who values them. Fountainhead does this by providing artists space to create and experiment, connections that lead to financial opportunities and the tools they need to flourish in their careers. The organization provides arts professionals and enthusiasts intimate time with artists, to go beyond simply seeing art, to delve into their practice and understand their perspective. Furthermore, Fountainhead cultivates new audiences for artists through meaningful engagements in an approachable, inclusive, and welcoming environment. Their pillar programs are Fountainhead Residency, hosted in a Miami modern house near the Mikesells’ own, and the Fountainhead Studios in Miami’s Little Haiti neighborhood. The organization also runs Artists Open, an annual event which promotes and encourages studio visits with Miami artists, Financial Workshops, in which local experts aid artists to strengthen entrepreneurial skills, and Artists to Artists, panels in which artists share their career experiences.