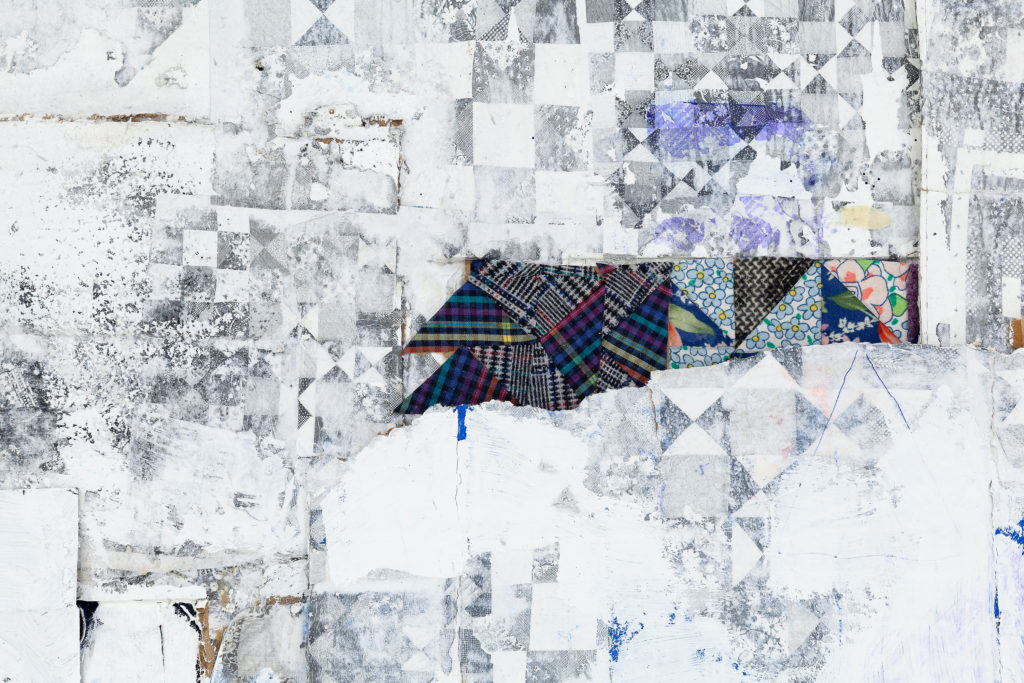 In Fragment, the pieces are not sewn back together again; they are left in pieces, for now. 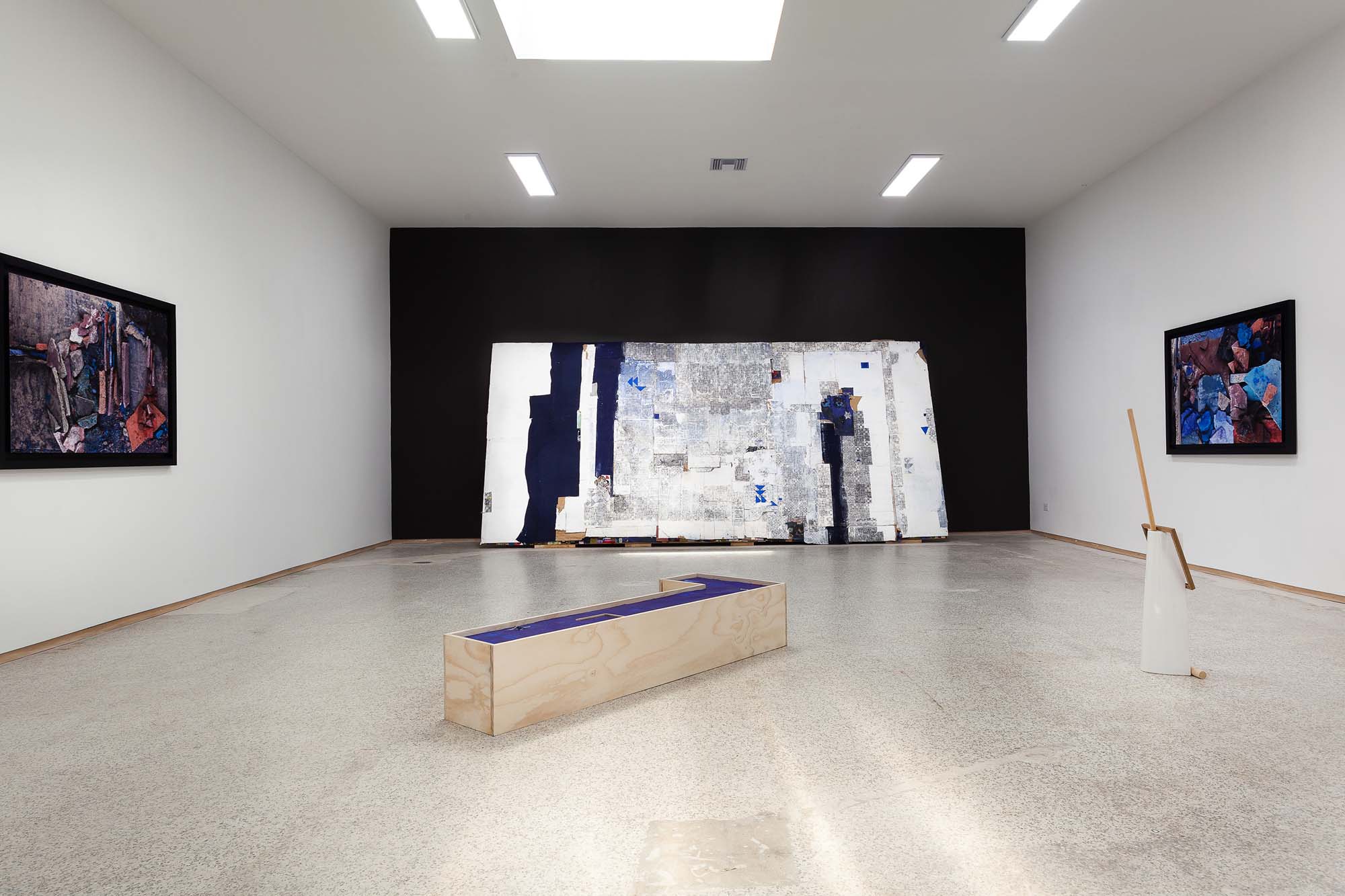 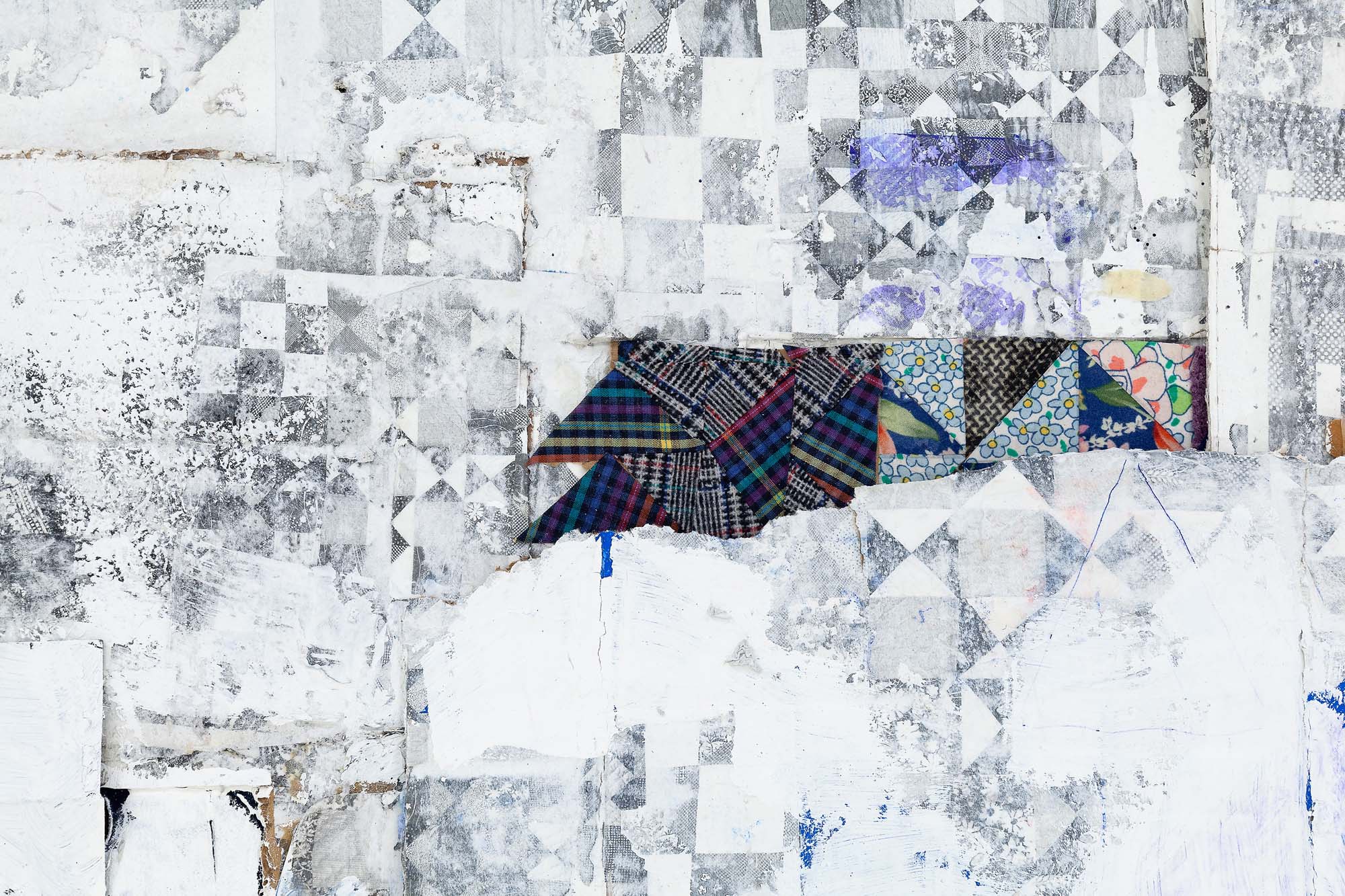 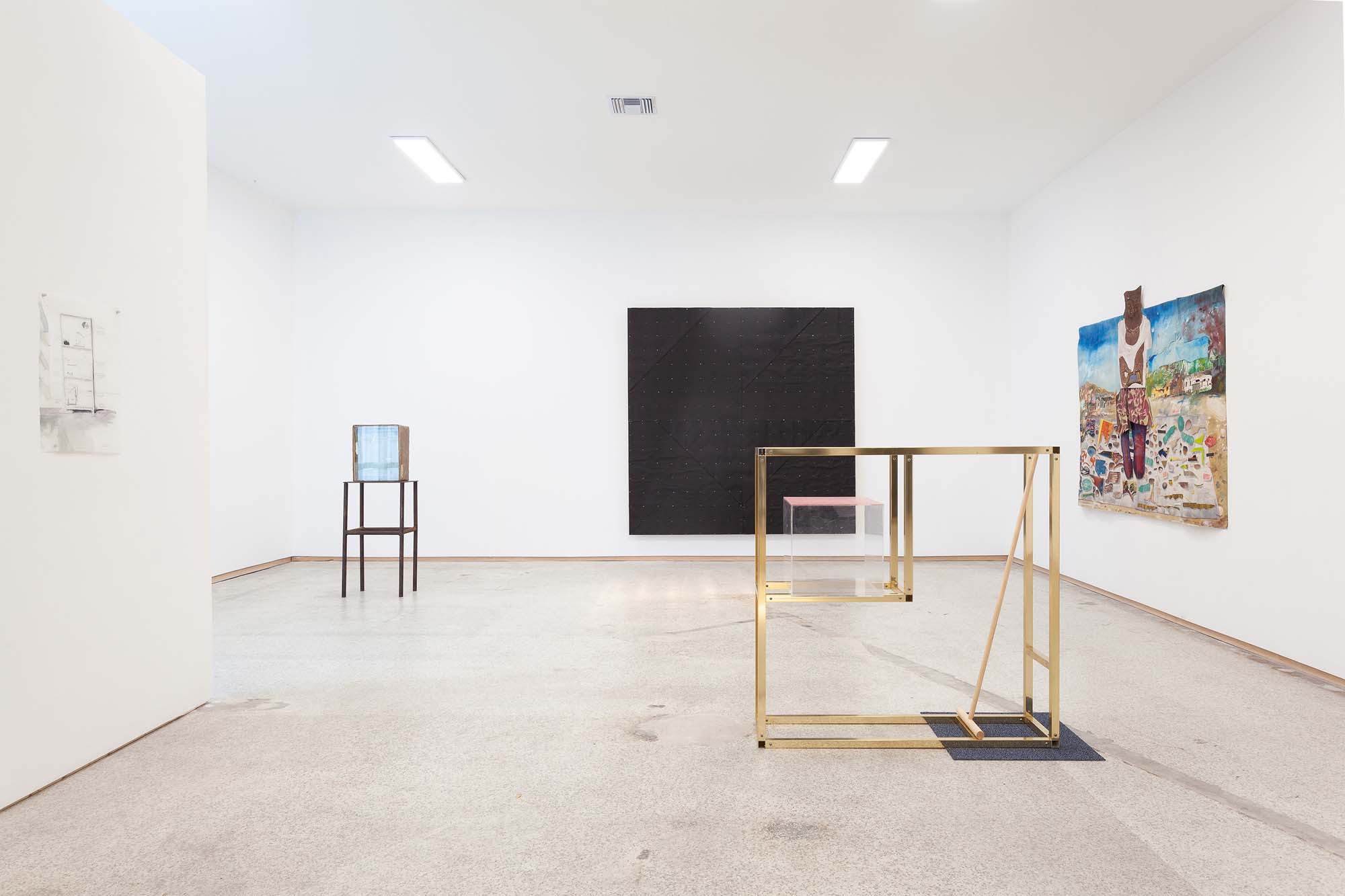 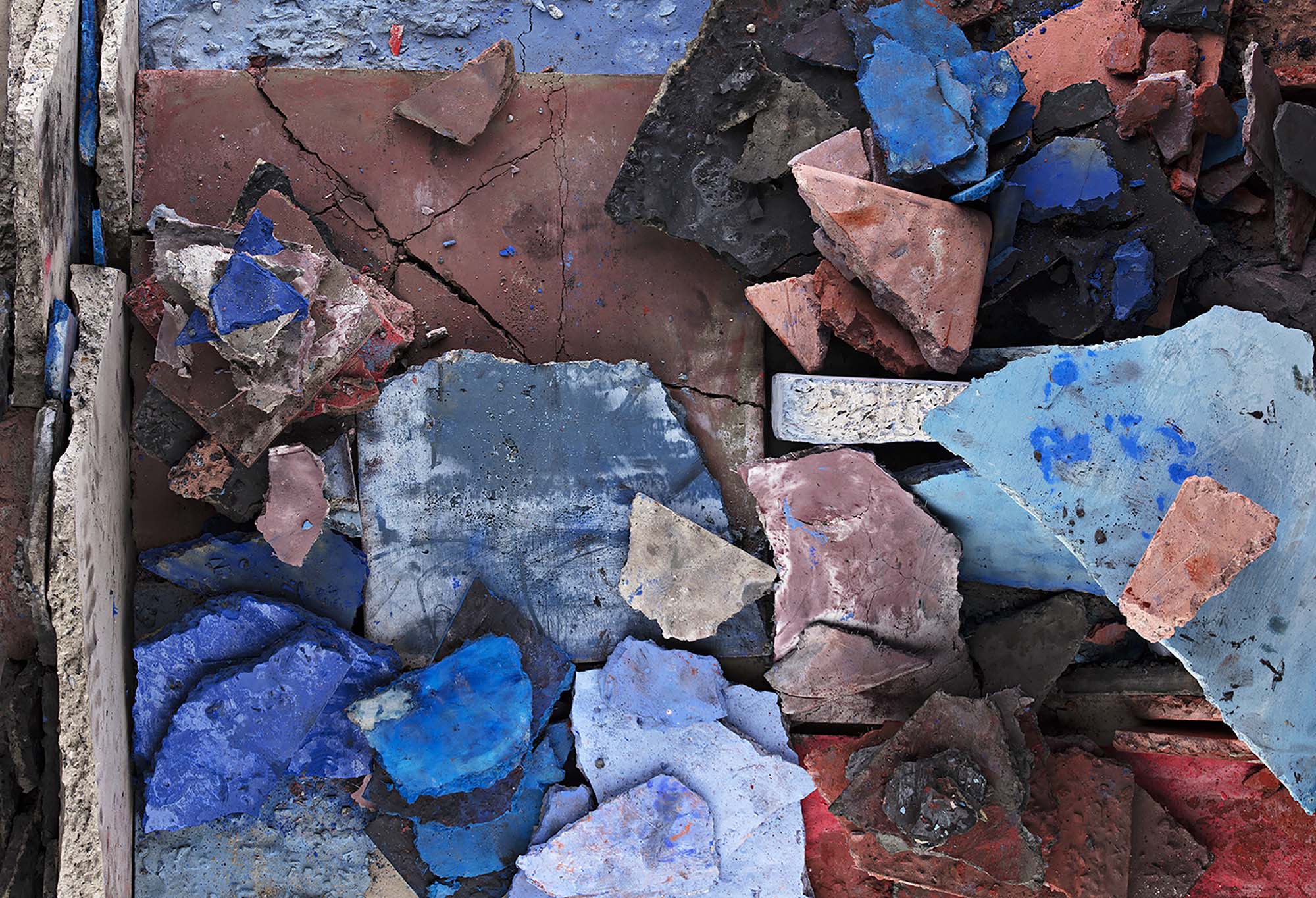 “The old understanding splinters into pieces, snippets. From here, I patch back together bits of old with the new. There is a Japanese idea kintsugi, a practice in which, when a ceramic breaks, one glues it back together again, leaving the fissures visible, treating the breaks as part of the object’s history, not something to hide. In Fragment, the pieces are not sewn back together again; they are left in pieces, for now.”

Jenny Brillhart was born 1972 in Keene, New Hampshire. She receive a BFA from Smith College – Northhampton, MA. Then she went on to study painting and drawing at The Art Students League, NY. In 2003 she graduated from the The New York Academy of Art with an MFA in painting. She lives and works in Stonington, Maine.

Khaulah Naima Nuruddin is a multimedia artist from Milwaukee, Wisconsin, who lives and works in South Florida. Nuruddin’s work explores the intersections of personal expression and social commentary by initiating public discussion of race, sexuality and the social transfer inherent to her work as a Black visual artist. Nuruddin earned her BFA from The University of South Florida and her MFA from Florida Atlantic University. She is an adjunct studio-art instructor, Curator and Exhibitions Manager for Spady Cultural Heritage Museum, and Museum Education Coordinator for University Galleries at Florida Atlantic University.

James Allister Sprang is a first-generation Caribbean-American based in Philadelphia, who creates work that exists in gallery spaces, theater spaces and the space generally found between the ears. Working across mediums—photography, sound, duration, installation—Sprang’s work is a rigorous parallax of new media storytelling informed by the poetry of the black experimental tradition. Sprang earned his BFA at The Cooper Union and his MFA from The University of Pennsylvania.

Robert Thiele Born was born in Milwaukee, Wisconsin. Thiele a sculptor who divides his time living and working between Brooklyn, New York and Miami, Florida. Thiele received both his BFA and MFA from Kent State University in 1964 and 1966. Thiele’s work is exhibited widely with recent shows in New York at the Howard Scott Gallery, in Berlin at Galerie Tammen & Partner, and in Miami at Emerson Dorsch. Thiele owns the artist studio warehouse Bridge Red Studios, and oversees Bridge Red Studios/Project Space.

Paula Wilson was born in Chicago in 1975 and graduated from Columbia University with a MFA in Visual Arts in 2005. Her solo show, Paintings and Drawings from the Hanno Valley at Galleria Suzy Shammah in Milan, Italy, presented paintings informed by printmaking, drawing, oil painting and video. She has exhibited at Zacheta National Gallery of Art in Warsaw, Poland, Sikkema Jenkins & Co., New York, Fred Snitzer Gallery and Emerson Dorsch, Miami, the Studio Museum in Harlem, Smack Mellon, and Kantor / Feuer Gallery, New York. She has been awarded residencies at the Vermont Studio Center and the Giverny Residency from the Art Production Fund in Giverny, France.