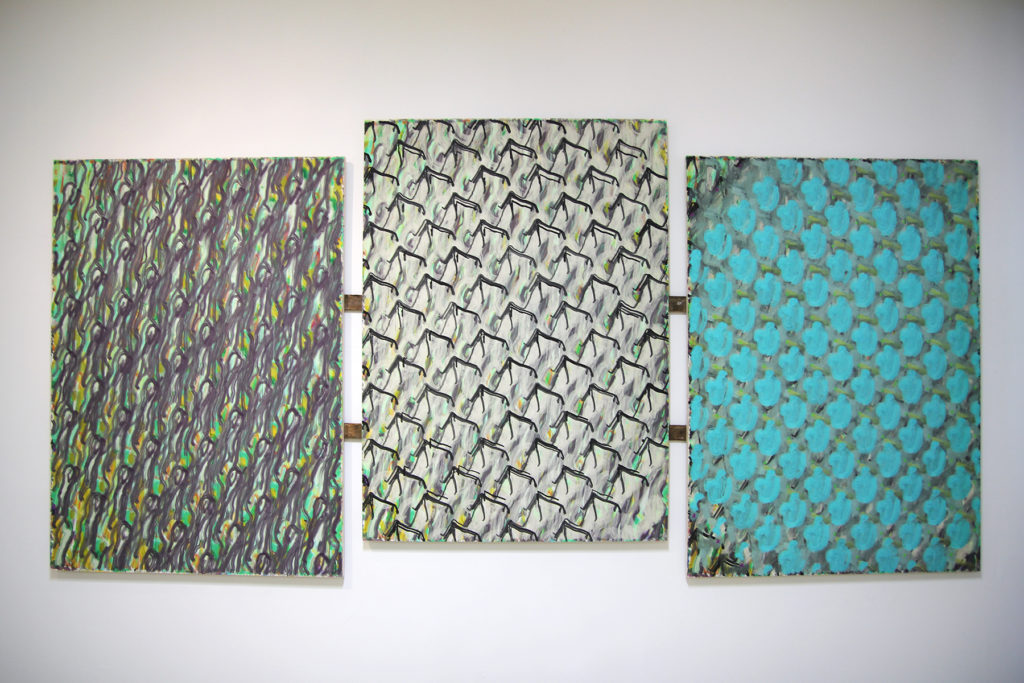 Ideas are Executions reveals unlikely commonalities in what appear on the surface to be strikingly different bodies of work. 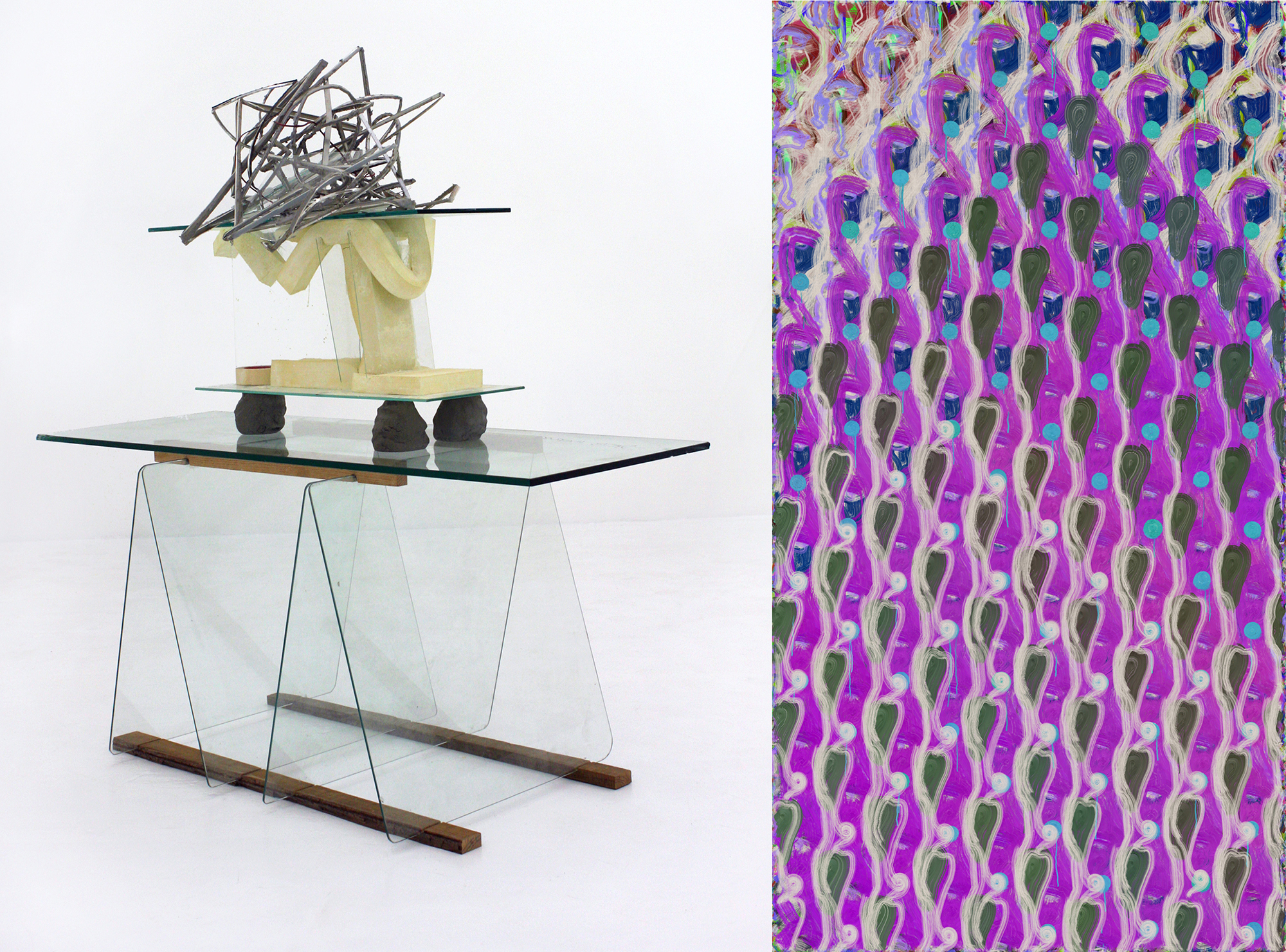 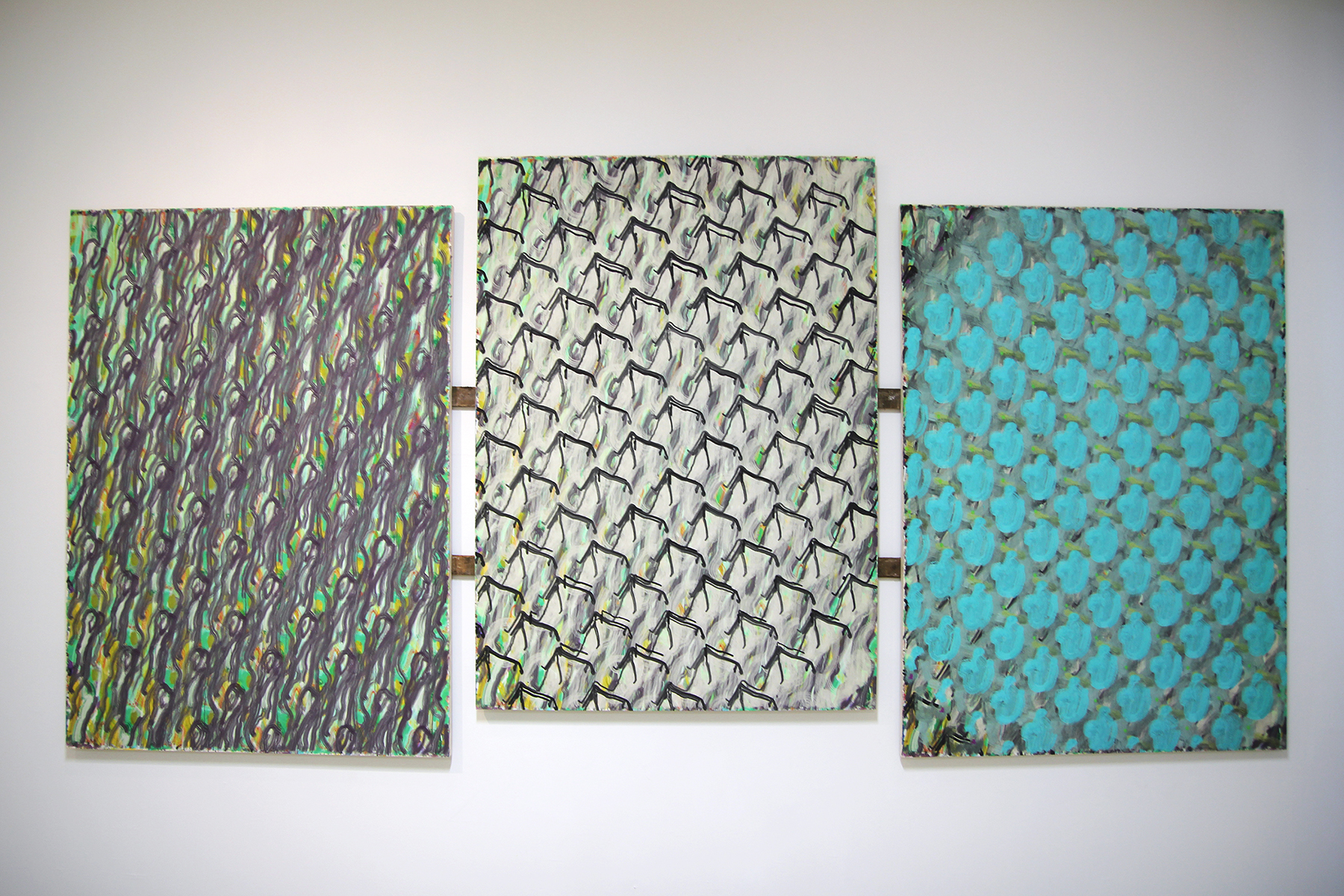 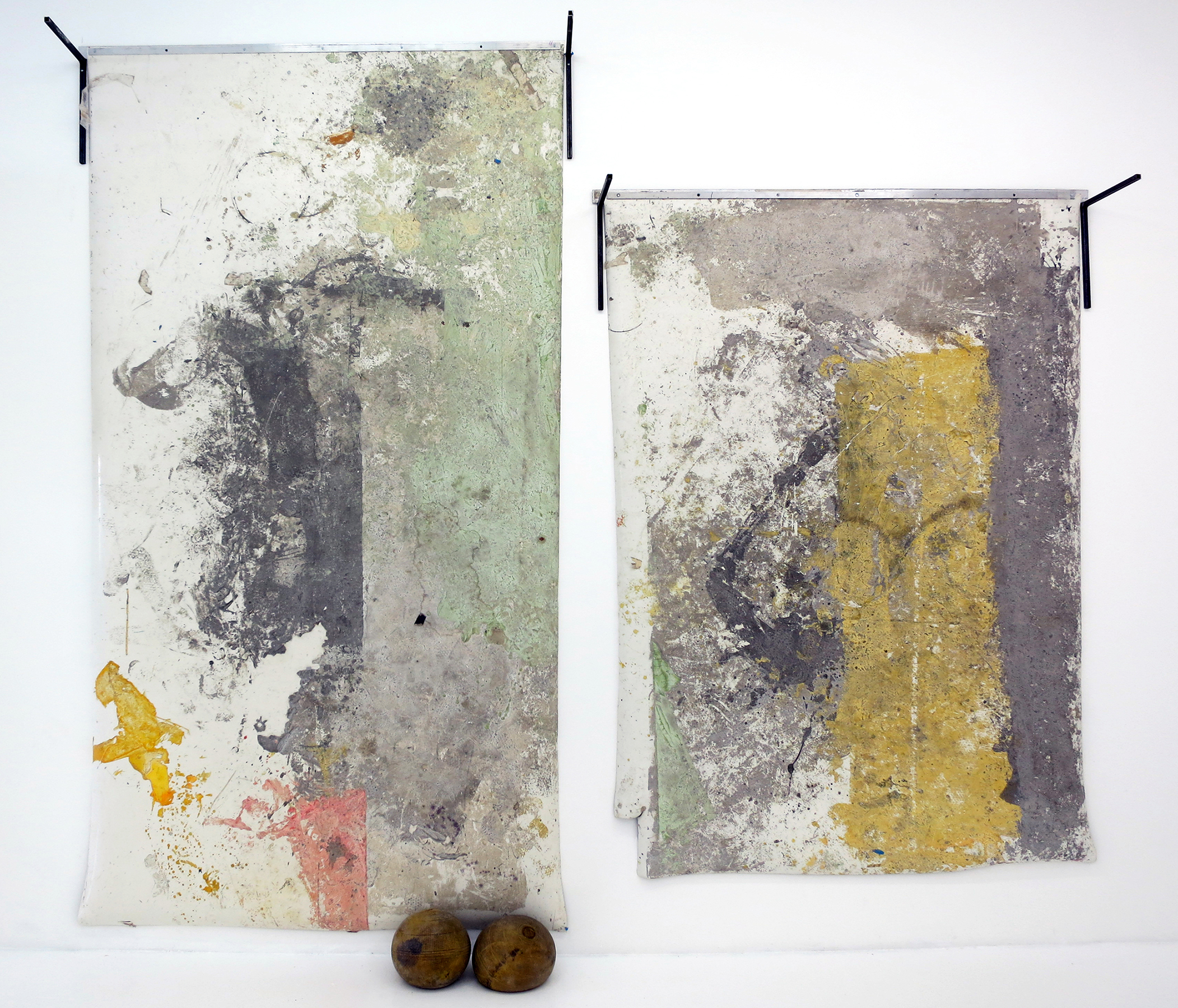 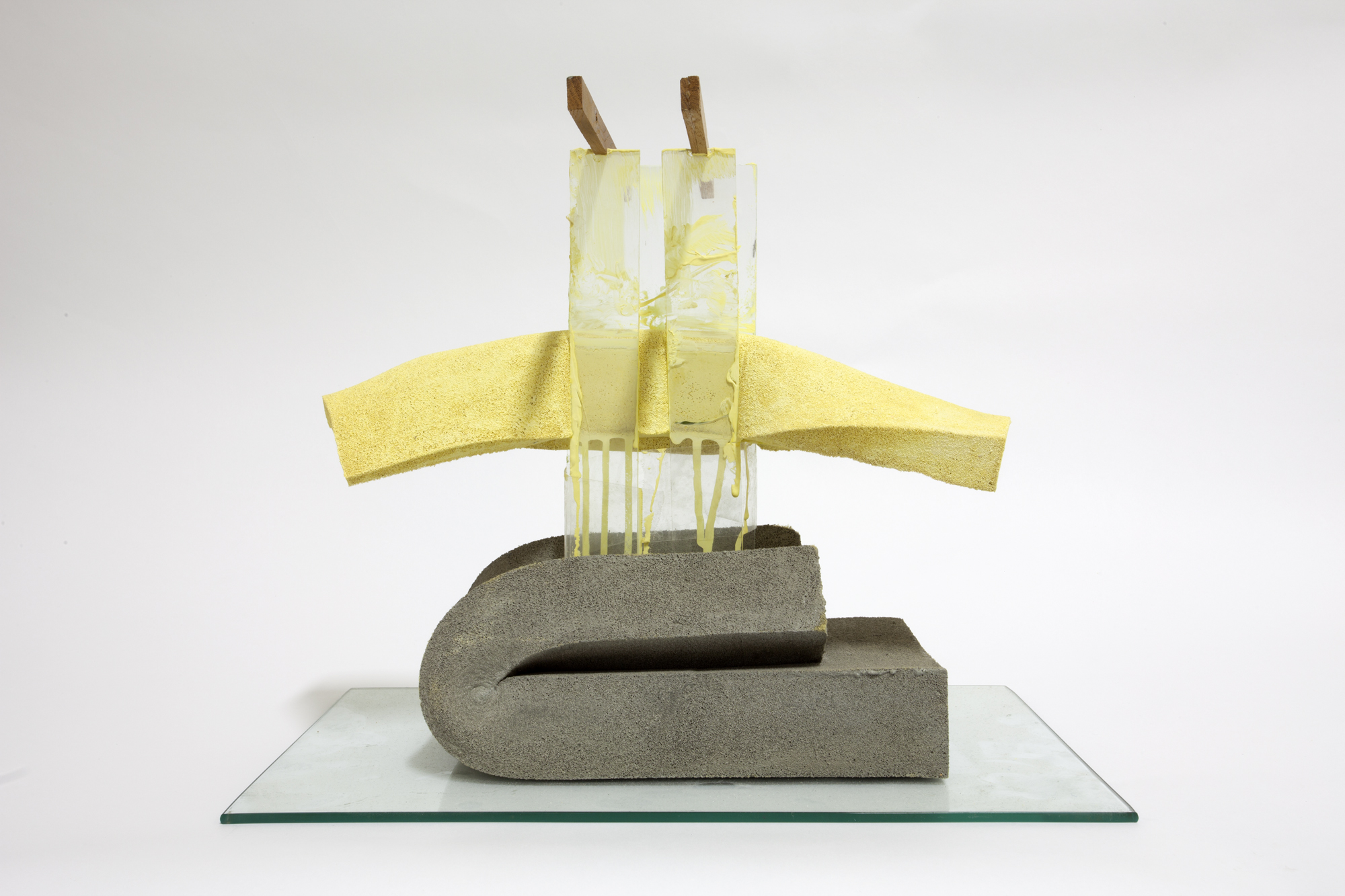 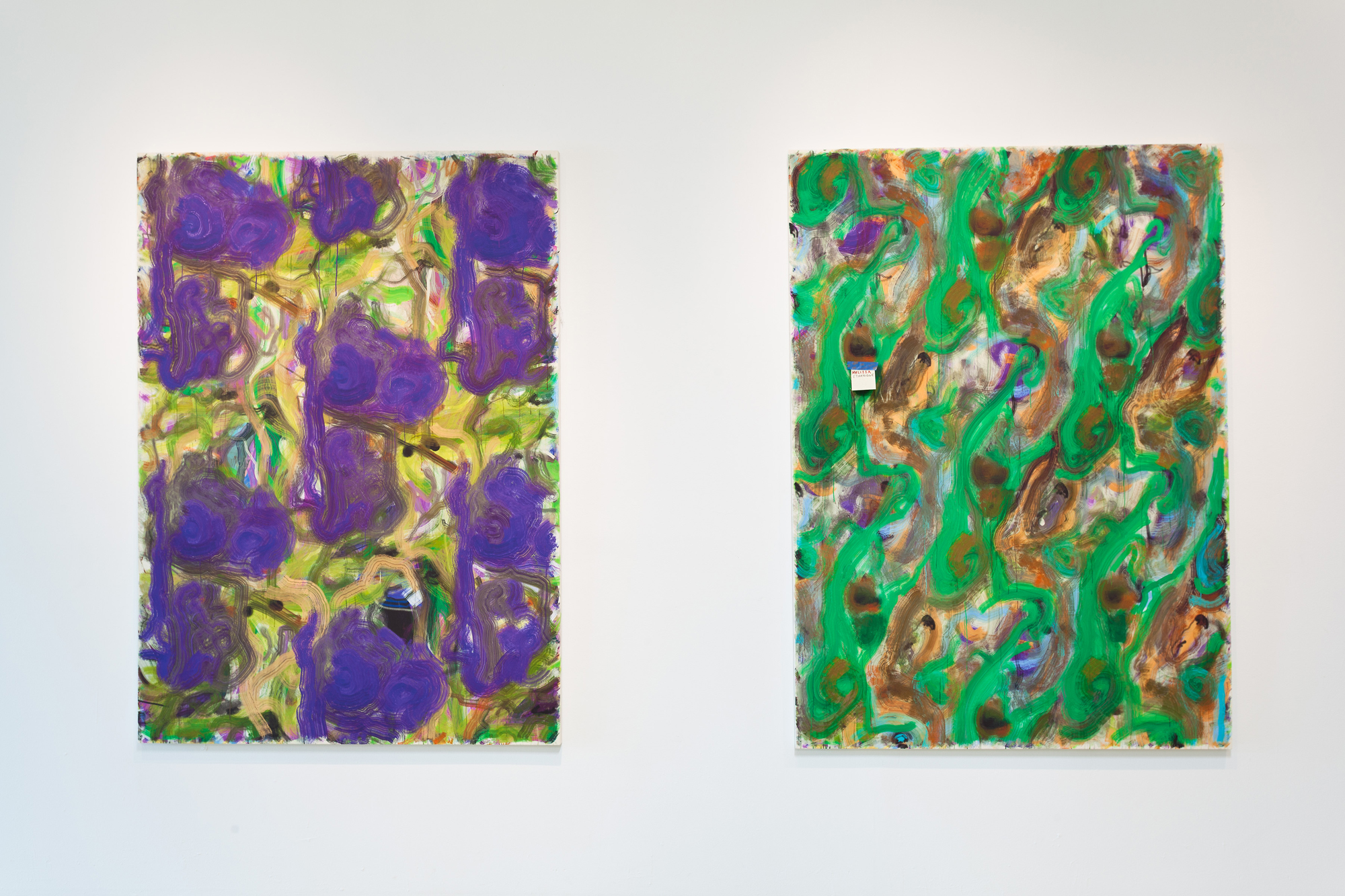 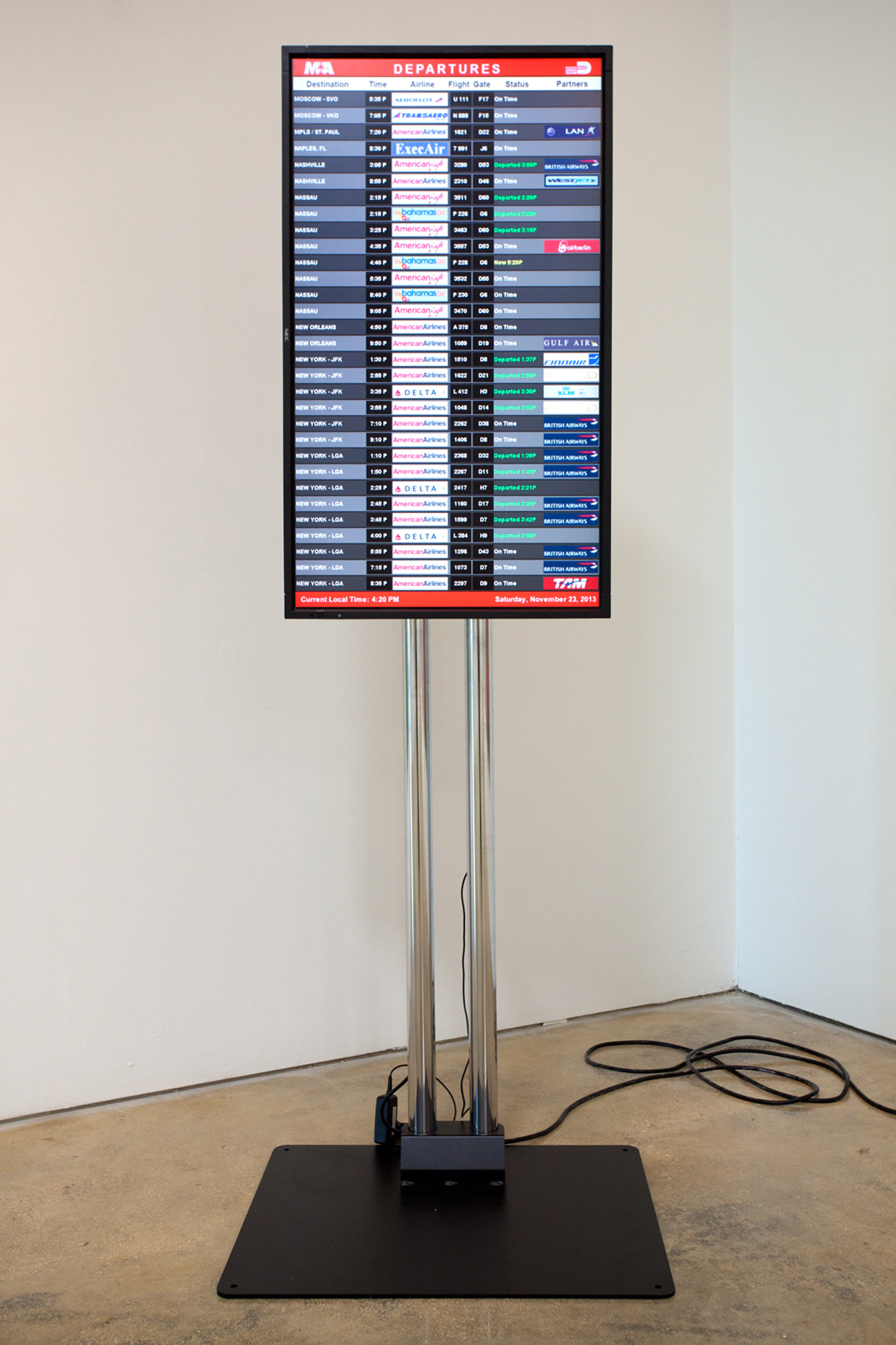 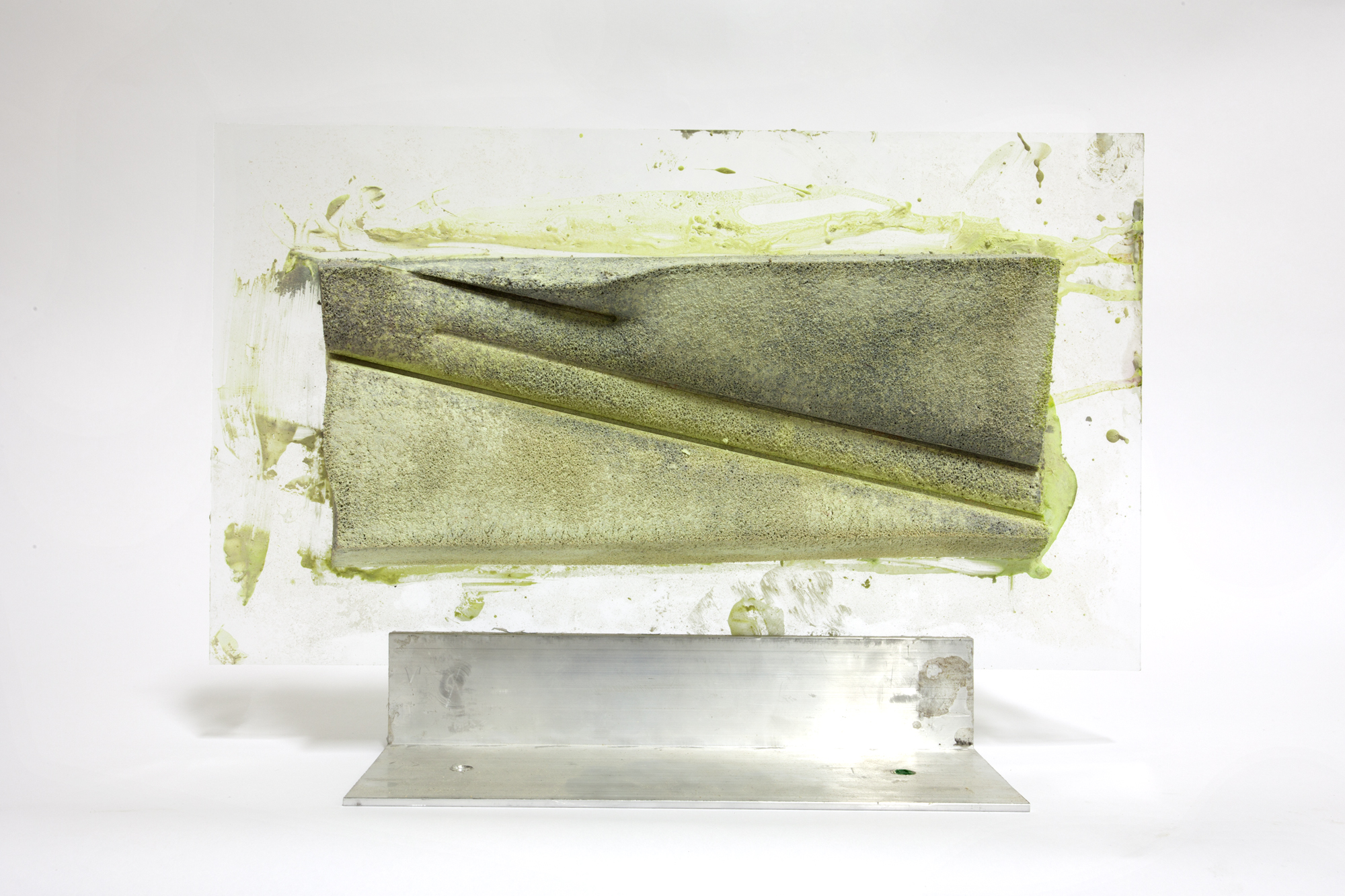 Emerson Dorsch is pleased to present Ideas are Executions, a two-person exhibition of Siebren Versteeg and Dave Hardy. Collaborators for nearly ten years, this will be the first exhibition to present their individual practices side by side. Ideas are Executions reveals unlikely commonalities in what appear on the surface to be strikingly different bodies of work. Hardy’s gnarled sculptural constructs and Versteeg’s algorithmically generated digital canvases are each the result of complex processes that contend with the increasingly conflating stratum of information and material.

Siebren Versteeg’s digital prints on canvas are indicative of shifting margins in painting. He manipulates code to generate a series of works designed to mimic a painter’s practice. In an interest to reveal the evolutionary constitution of his algorithmic programs, IDEAS ARE EXECUTIONS features an extracted linear sequence of nearly 20 digitally printed canvases, each standing over 6 feet tall. Wrapping the perimeter of the space like frames in a filmstrip, the works envelop the viewer in a haptic gradient of pattern. Across the room the process is laid bare, as a computer and LED screen conjure infinite permutations in real-time.

Dave Hardy’s sculptures draw on the earnest language of provisional architecture and self-assured gestures of modernist sculpture. Thriving on the tension built from internal oppositions, the resulting set of contradictions speaks to the human condition. Hardy employs faded, tonal layers of polyurethane foam as an oblique reference to the body. The flesh is petrified, and interstitially cleaved by panes of glass, and various detritus including pencils, a marker, penny and a pretzel. “I am making Gemini sculptures that deal with the prospect of a body doing its best to resist the attrition of time.” IDEAS ARE EXECUTIONS will include a selection of sculptures constructed of found tabletops, shower doors, and other vestiges left for dead, transformed and presented in confounding arrangements of weightlessness and precarity.

Dave Hardy holds a Masters of Fine Art from the Yale School of Art and a Bachelors of Arts from Brown University. He is an alumnus of The Skowhegan School of Painting and Sculpture. Selected solo shows have been exhibited at Regina Rex, 92Y Tribeca, Art in General and La Mama Galleria in New York and at Southern Exposure in San Francisco. Selected group exhibitions include, Make It Now at the Sculpture Center, Un balanceat Jack Shainman and Greater New York 2005 at PS1/MOMA. Hardy is currently a professor of sculpture at New York University.

Siebren Versteeg holds a Masters of Fine Art from University of Illinois at Chicago, and a Bachelors of Fine Art from the School of the Art Institute of Chicago. He attended the School of Visual Arts in New York and is an alumnus of the Skowhegan School of Painting and Sculpture. Selected solo exhibitions include In Advance of Another Thing at the Museum of Art Rhode Island School of Design, Inaction at Rhona Hoffman (Chicago, IL), and En Masse at the Art Institute of Boston (Boston, MA). He has exhibited in group exhibitions in institutions throughout the world, including the Museum of Contemporary Art, Chicago; ESSL MUSEUM, Vienna; and the Albright-Knox Art Gallery, Buffalo. His work is held in collections that include the Ulrich Museum of Art, the Marguilies Collection, the RISD Museum, the Albright-Knox Art Gallery, the Hirshhorn Museum, the Yale Art Gallery, and the Guggenheim Museum.