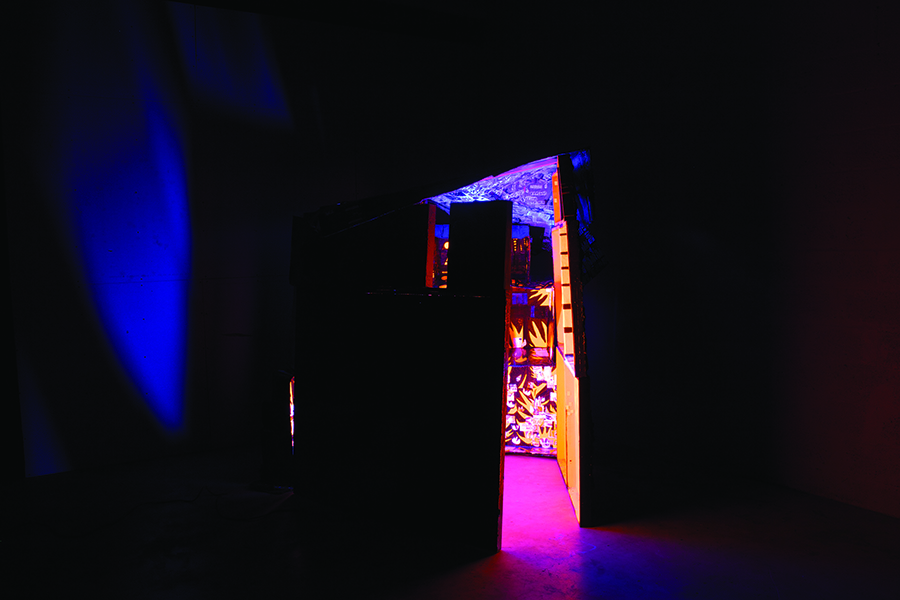 Monteavaro's Ouroboros is the result of a meditation on the relationship between sound, energy and alchemy. 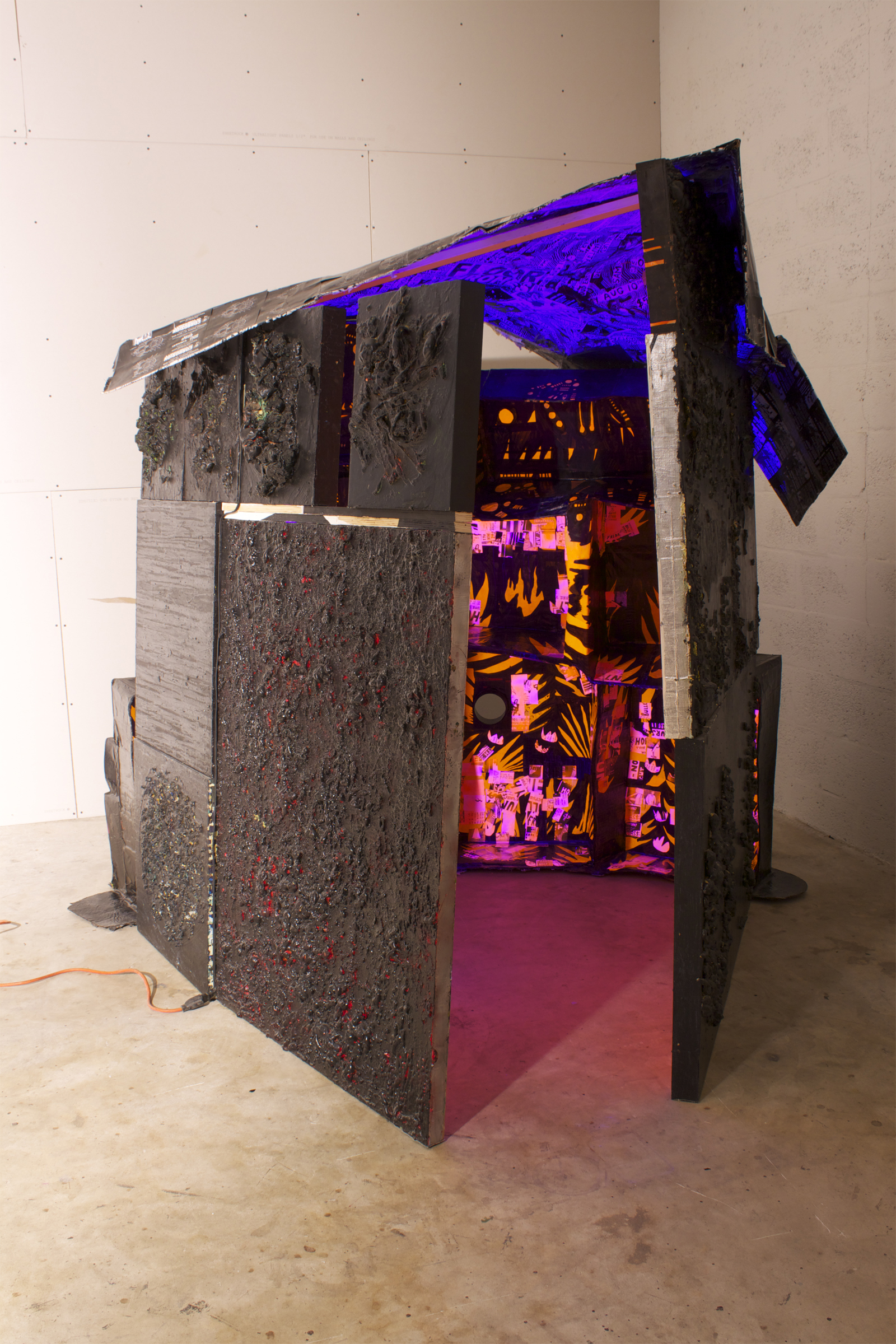 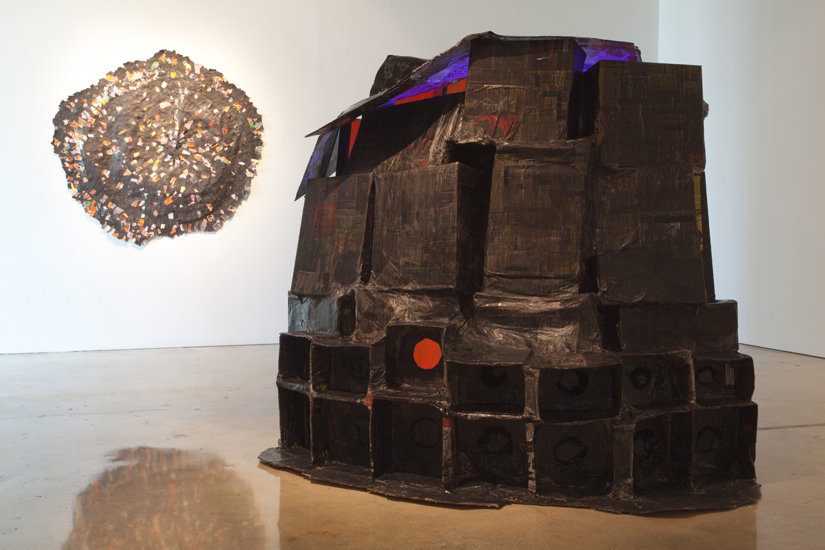 Ouroboros is the result of a meditation on the relationship between sound, energy and alchemy. Much like the ancient myth of Ourboros, depicted by a serpent or dragon eating its own tail, it is a symbol of self-reflexivity or cyclicality.

Ouroboros explores Monteavaro’s identities as both an artist and a musician, which otherwise remain separate, feed into one another within this body of work. The three large sculptures are collaged with band flyers, some of which were originally drawings. Often seen as less sophisticated and more egalitarian, flyers are freely distributed and posted. The use of these same flyers in the making of this new work brings up questions of value, objecthood and creative output. This concept is taken a step further in the re-use of existing art pieces as raw material including old paintings, drawings, photocopies, and misprinted cassette tape j-cards along with cardboard boxes, kitty litter boxes, junk mail, an incomplete bible, and magazines.

Ouroboros is a commentary on obsolescence, intended audience, scarcity, and collectability, while paying tribute to the bands represented, the aesthetics of the flyer makers, the venues, and the Miami music scene as a whole.