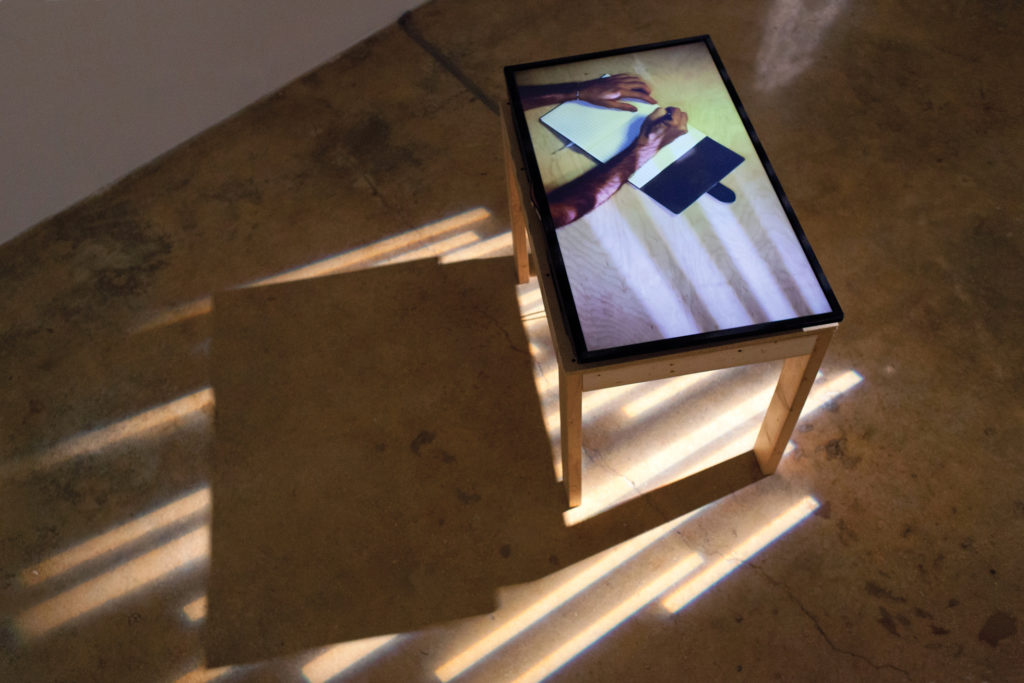 INTRO takes cues from principals of experimental theater and the memory-play format, setting the stage for an exhibition in awareness of itself and the contemporary demands to perform. 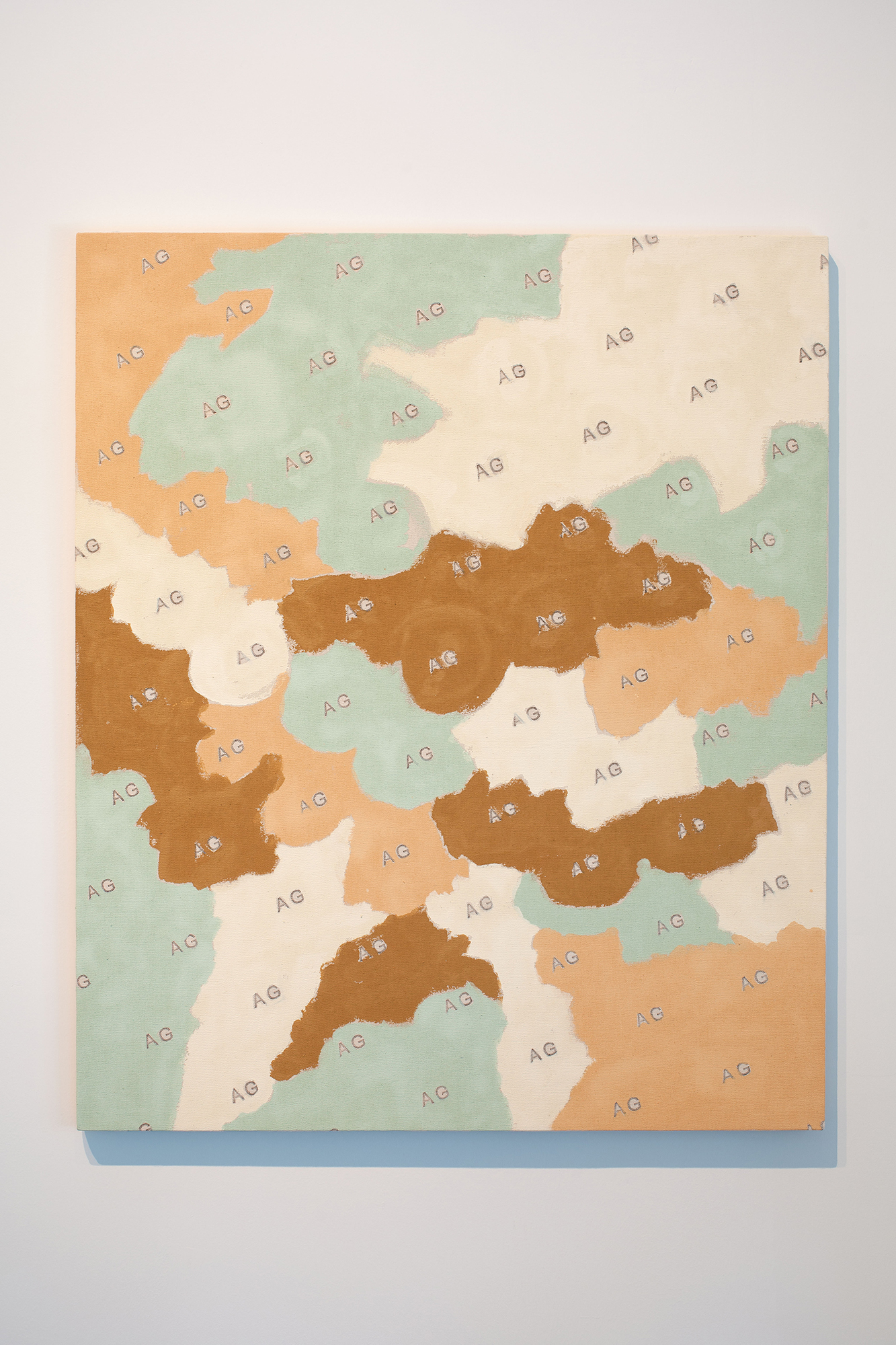 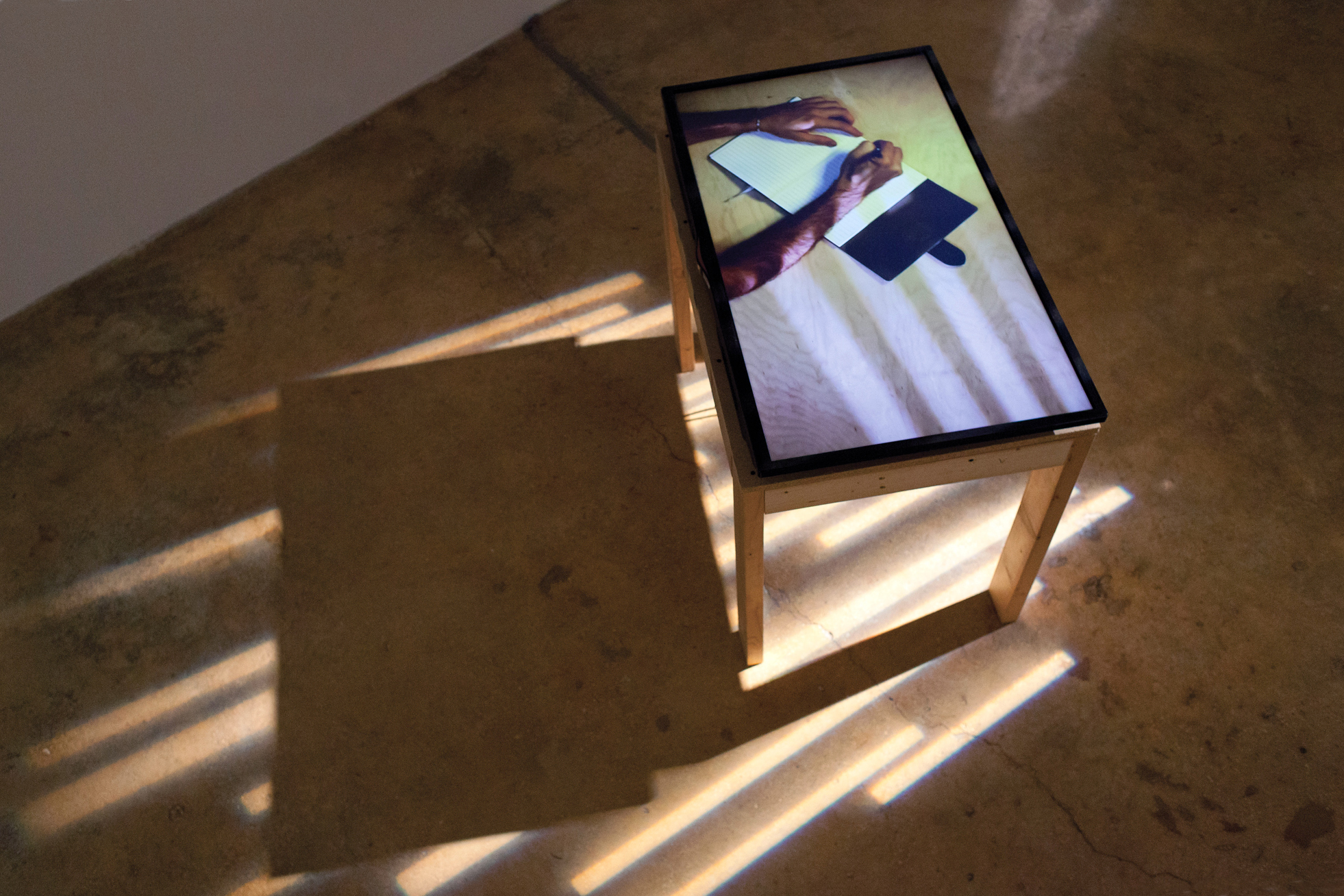 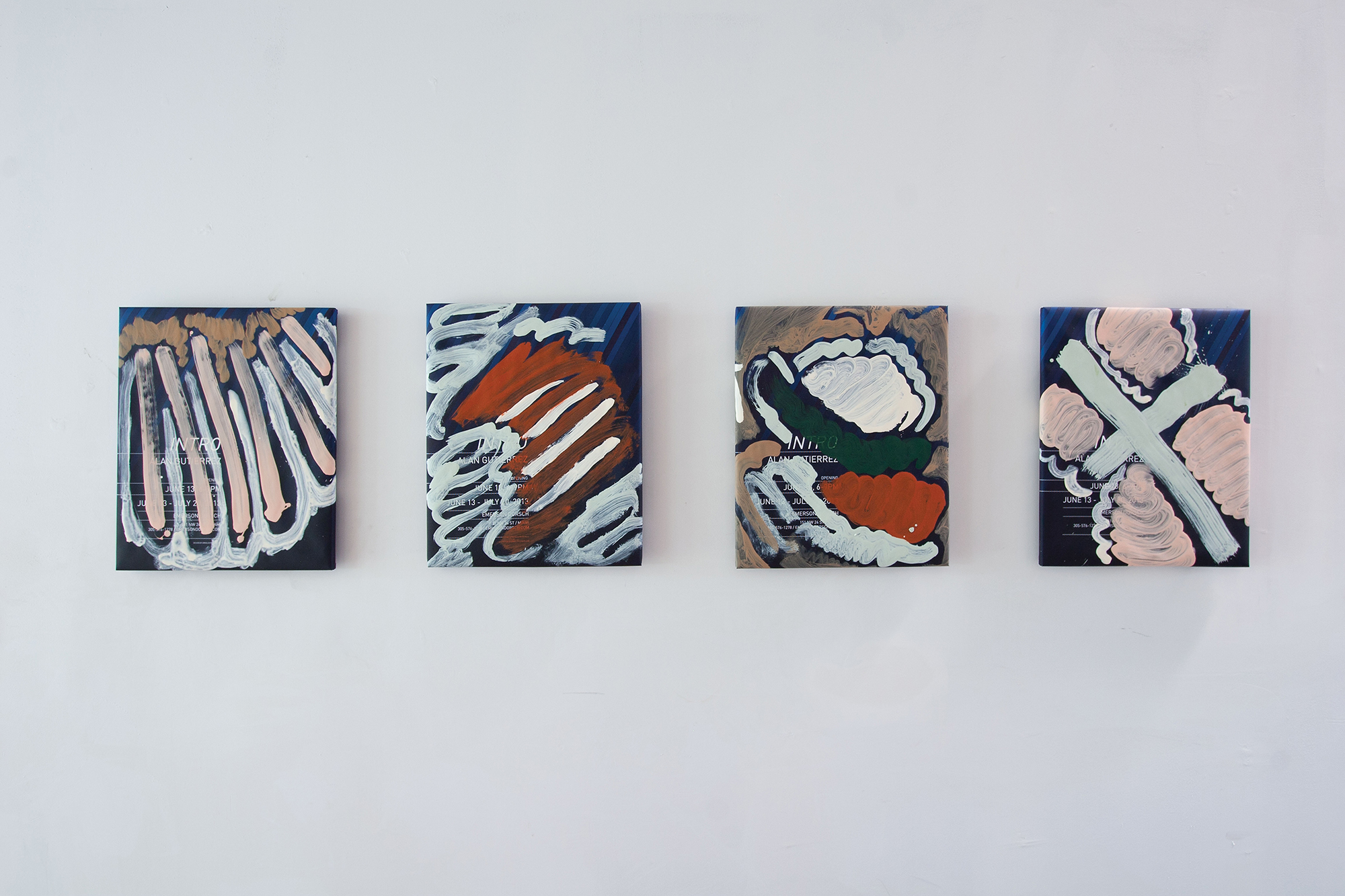 Emerson Dorsch is pleased to present INTRO, the debut exhibition by Miami-based artist Alan Gutierrez. Containing painting, sculpture, and video, INTRO takes cues from principals of experimental theater and the memory-play format, setting the stage for an exhibition in awareness of itself and the contemporary demands to perform. For the duration of the exhibition, the work will be illuminated by a theatrical stage-lighting system.

In theater, the memory-play format relies on the protagonist’s initial declaration of self-awareness, introducing the narrative to the audience, as remembered by the narrator. As the play progresses the protagonist immerses himself into the narrative, eventually “stepping out” in the final act to deliver conclusive remarks. In experimental theatre, the play is typically dissected and presented in layered ambiguity, utilizing the play’s text, visual, audio, and other stage elements. To quote Tennessee Williams in his production notes for his seminal memory-play The Glass Menagerie: “These remarks are not meant as a preface only to this particular play. They have to do with a conception of a new, plastic theatre which must take the place of the exhausted theatre of realistic conventions if the theatre is to resume vitality as a part of our culture.”

The series of paintings presented by Gutierrez titled Night-work, function as both abstract paintings and promotional material for the exhibition. The paintings’ poster substrate was designed by an outsourced graphic designer. In this action of managerial resourcefulness and authorial mark-making, Gutierrez leverages various methods of labor into a complete expression. The Elevated Surface series of sculptures are rendered in inexpensive construction material, lacking embellishment or surface consideration. Implying their own physical occupation, they function less like art-objects and more like gestures that allude to the performative aspects of an artistic practice. Also on view will be Studio-work, a series of videos created to function like stock shots; single pieces of stock footage that have the potential to be utilized in larger narratives. The videos stand-in as cinematic portrayals of a central figure, completing the whole of the scene; an act in reaction and reflection of itself.

Alan Gutierrez was born in Miami, where he lives and works. With Low Lives, a multi-venue group exhibition of video-performance, his work has exhibited both nationally and abroad in institutions that include the Yamaguchi Institute of Contemporary Art (Japan), Museo de Arte Contemporaneo de Bogota (Colombia), Utah Museum of Fine Arts (Salt Lake City, UT), Center for Performance Research (Brooklyn, NY), and SOMArts (San Francisco, CA). In 2012, Gutierrez was commissioned by the Miami Downtown Development Authority to create a public piece in the Miami Art Museum plaza. Gutierrez received a 2013 Tigertail Artist Access Grant from the Miami-Dade County Department of Cultural Affairs. In January 2014, Gutierrez will exhibit at Locust Projects, a not-for-profit exhibition space in Miami.