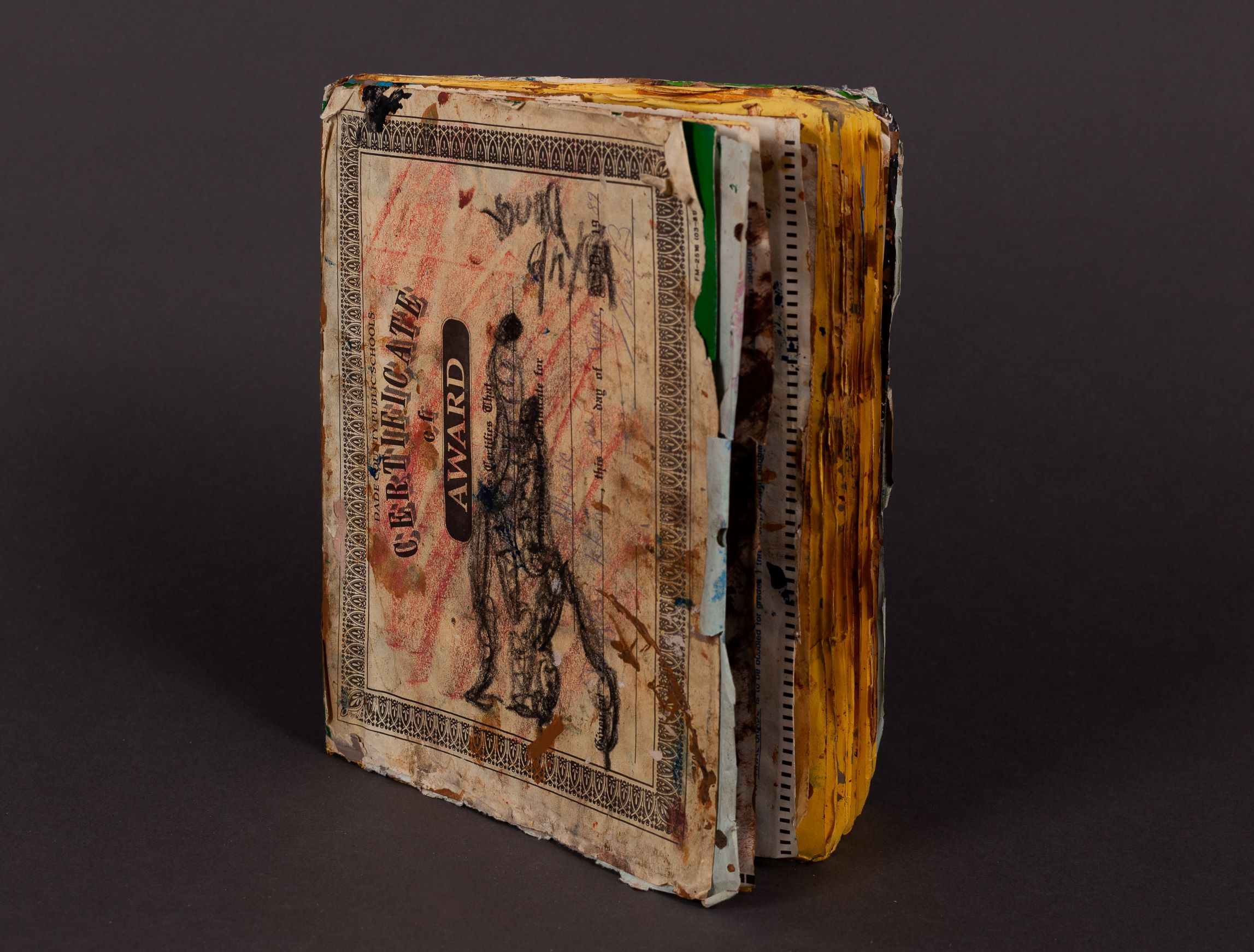 An extremely prolific painter, Purvis Young combined found pieces of wood, crates, and abandoned door panels to construct rough hewn grounds of various dimensions and often created make-shift painted frames by affixing scraps of wood to their perimeters. Working largely with acrylic housepaint, Young created paintings distinguished by lyric and suggestive imagery, presented in rough geometric compositions. He established a set repertoire of images which reflected the urban street life he envisioned (e.g. dancing crowds, pregnant women, large faces of angels and hovering heads of “good people”) in addition to symbols of movement and freedom, even escape from the confines of the inner city (horses, trains, and trucks). Constituting a personal iconography, these images were intuitively woven together in many combinations, both in his paintings on wood and in numerous dense hand-made books he constructed from paper scavenged from trash–for instance, used bill heads, discarded books, found income tax forms, high school graduation programs.

Young, an African American self-trained artist, had little education, though an uncle taught him to draw when he was young. He began painting seriously while imprisoned for armed robbery during his early twenties. Upon release, he spent many hours viewing art books in public libraries, admiring the work of Rubens, Rembrandt, Van Gogh, and Cezanne, among others. Responding to the civil rights movement as well as the Black Arts Movement, Young found in Chicago’s “Wall of Respect” mural a model for public art. In response, he attached hundreds of his paintings to walls in the Good Bread Alley stretch of the Overtown section of Miami where he lived, creating a display which quickly received media notice and art world acclaim. Subsequently, his works were exhibited in local libraries and galleries. They sold steadily enough to enable Young to sustain a life as a professional artist, though he never lived far from the streets he depicted nor consistently managed well the financial aspects of his career.